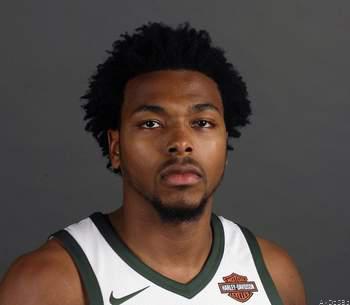 Newly released police video of the stun gun arrest of Milwaukee Bucks guard Sterling Brown show one officer stepping on Brown’s ankle while he was handcuffed on the ground and others discussing the potential backlash of taking down a black professional basketball player.

In a statement Monday, Chris Ott, executive director of the American Civil Liberties Union of Wisconsin, said his organization was “outraged” that the officers “were focused on planning damage control for their excessive use of force, instead of treating Mr. Brown with the dignity and professionalism that everyone — whether a Bucks player or not — deserves from the police.”

Milwaukee police Chief Alfonso Morales has apologized to Brown and on May 23 released body camera footage of the officer who initially contacted the basketball player outside the store.

The incident happened a month before Morales was appointed chief, following the retirement of Edward Flynn. Since becoming chief, Morales has pledged to improve the Police Department’s relationship with minorities and to be more transparent with cases of officer misconduct.

Morales said Monday that raw video footage from all body cameras was released solely to Brown’s attorneys last week. Additional videos will be released to those filing public records requests once statutory requirements have been reached, Morales said in a statement.