The Lagos State Commissioner of Police, Imohimi Edgal, has ordered
the destruction of a shrine located under the Opebi link bridge
allegedly belonging to members of the Oodua Peoples’ Congress (OPC).
Edgal, who led detectives to the shrine yesterday said the operators
carry out trial on their victims and declare judgment against them.
According to him, going by the items found in the shrine, some of the
victims were tortured to force them to own up to a particular crime
they are being tried for. 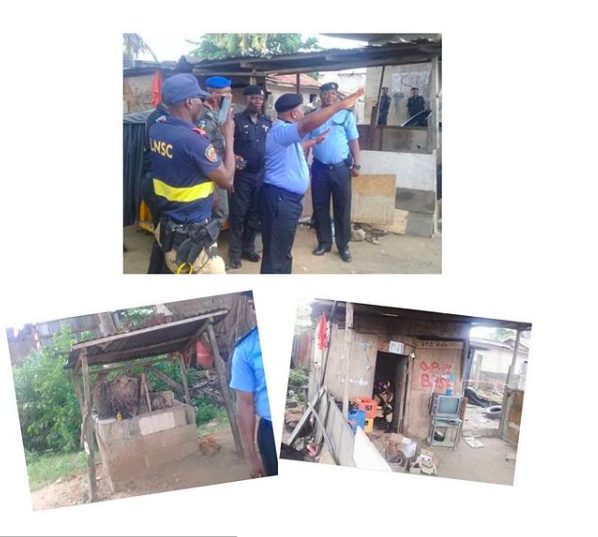 He said three persons were arrested for their alleged involvement in
activities around the shrine, while three POS machines allegedly being
used to extort money from victims were recovered. Aside the three
POS machines, other items found at the shrine included mobile
telephones and ATM cards belonging to some victims.

Addressing newsmen at the scene, Edgal said some officials of the
Lagos State Neighbourhood Security and Safety Corp (LSNSC) had
informed the command of the suspicious movement of people in and
out of the shrine. 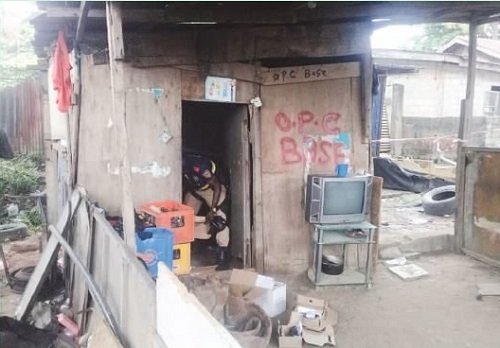 He said based on the strength of the information, he directed the
Divisional Police Officer (DPO) in charge of Ikeja division to investigate
the matter.

Quote
“Based on the directive, a team of undercover policemen led by the
DPO mounted surveillance around the area. Yesterday (Monday)
officials of the Neighbourhood Security Safety Corps saw a man who
was being dragged into the shrine.
They were attracted to the place by the screaming, which they heard
coming from the victim. They quickly informed the DPO who moved his
men to the scene where three persons were arrested and the victim
rescued.

Quote
“In as much as we believe in community policing and community
partnership, let me sound a note of warning to any group of persons
who may want to take laws into their hands that the command will
deal decisively with members of such groups.
“Members of OPC have been helpful to the command in the past.
We see them as partners, but as you can see, some group of
persons under the guise of OPC have erected an office under the
Opebi link bridge where they take people to try them by ordeal.

They also have a shrine here where I believe they force victims to take
oath. We will not tolerate this in any part of the state.

Quote
“Three persons have been arrested. One of the victims was freed.
We are investigating and all those behind this barbaric act will soon
be rounded up. When they are arrested they will be made to face
the wrath of the law,”
he said.

Some auto technicians who operate under the Opebi link bridge said
the operators arrest and tortured their victims openly.

The mechanics who do not wish to be named said the operators open
up case files for complainants after which the persons being accused is
dragged before the shrine.

According to them, victims are adjudged guilty even before trial begins
and confessions are forced during torture.

The Lagos police boss added that those arrested are being questioned
at the command’s headquarters and that at the end of investigation,
the command would be able to unravel the activities that went on
around the area.

He queried the rationale behind the move by the suspected OPC
members saying that nobody or group of persons is allowed by law to
detain a person.

Quote
“As a law abiding citizen, you are only allowed to arrest and after
which the suspect is handed over to the police who have the
constitutional responsibility to investigate and after which charge the
suspect to court.

“What is POS machine doing inside their office. Investigation has
revealed that some robbers go about with POS machine. They make
their victims transfer money into their account at gunpoint.

We are going to be thorough in our investigation. We won’t allow
any miscreant to run amok in Lagos. I have also ordered that the
shrine and the office be demolished,”
he added.

Lagos police arrest Magodo estate guards who asked the commissioner of police to ‘call a resident of the estate he was visiting before allowed...