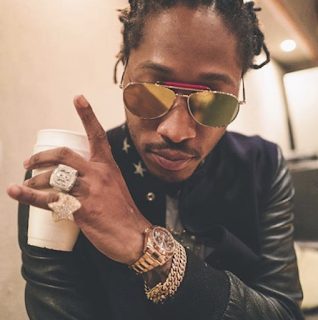 A Miami woman has accused rapper Future of leaving her stranded in Los Angeles after she refused to have sex with him.

The woman, an aspiring singer named Shamartess, claims Future asked her to take a flight to Los Angeles and he will reimburse her. He also booked a hotel for her. She claims she has hung out with him in the studio before and he was cool, so she thought he was inviting her to LA so they could go to the studio together. 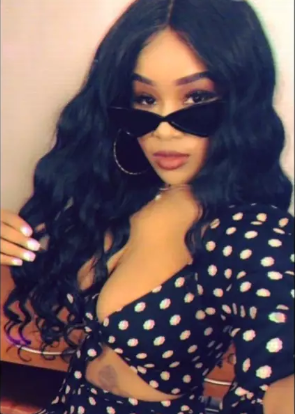 However, once she got to LA and settled in her hotel, he said he was coming over to have sex with her. When she refused to have sex with him, he had her locked out of her hotel room and never paid her back the money spent on her flight ticket.

Shamartess shared her story on Facebook and added screenshots of their chats as proof.

See the evidence below. 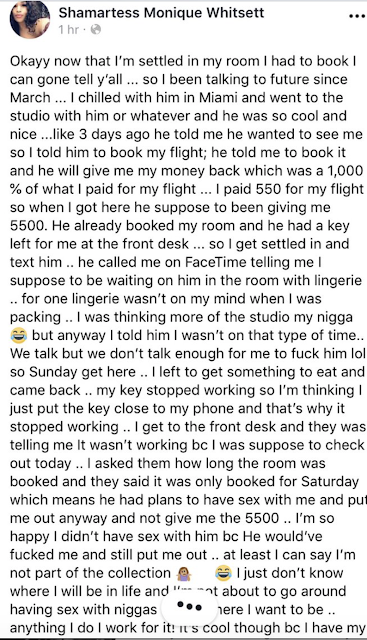 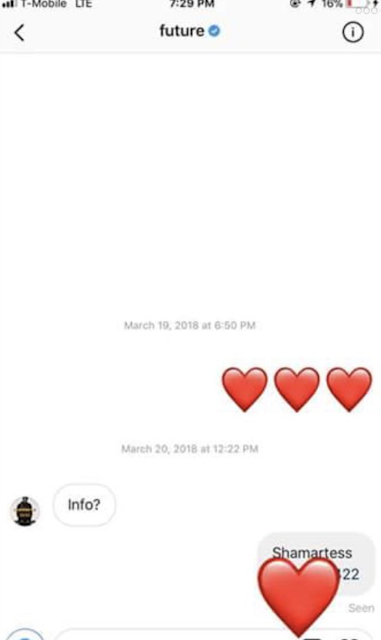 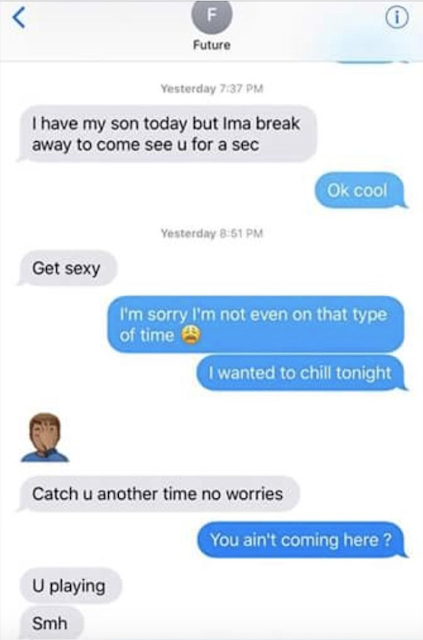 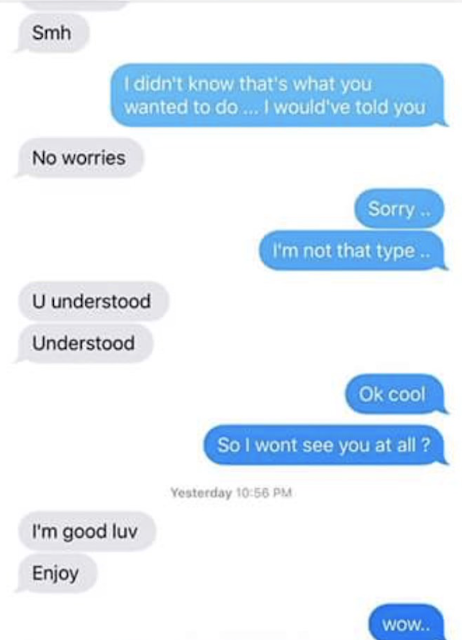 Sarkodie shares throwback photos of himself and other artistes

People hate me because they are poor – Criss Waddle