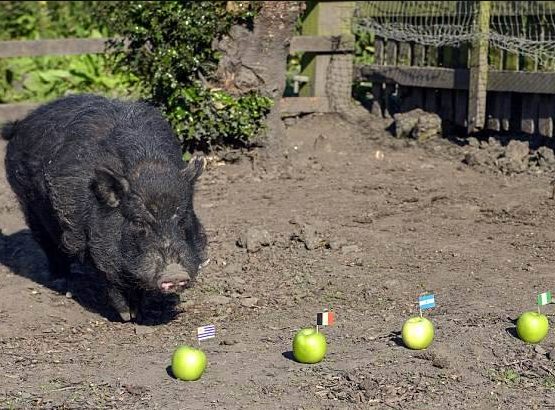 The 8-year-old psychic pig has a history of sniffing out winners. So far, it has had a 100 per cent track record of accurately predicting sports results according to his owner Juliette Stevens.

The black micro pig had previously guessed the winner of the 2014 World Cup and the Wimbledon tennis finals by picking apples. It even predicted Brexit and that Donald Trump would win the US presidential election.

Now Mystic Marcus is putting his skills to the test once more by forecasting the semi-finalists for this summer’s World Cup in Russia. 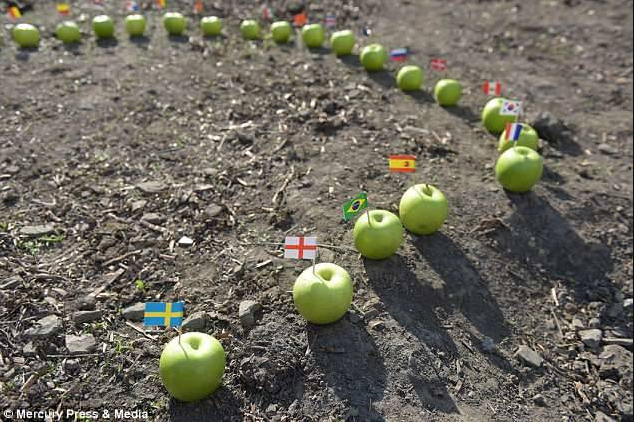 Mystic Marcus predicts that Belgium, Argentina, Nigeria, and Uruguay will make it through.

Explaining the pig’s abilities, farmer and micro pig breeder Juliette from Heage, Derbyshire, said: “Marcus is the seventh child of a seventh child and apparently they’re gifted with special powers so maybe that’s where it comes from.

“A few years ago I was invited on a radio show because of Paul the octopus predicting results and they wanted to see if I had any animals that had the ability. I hadn’t tried the seventh child theory out so thought I’d give it a go.

“They used apples and oranges and Marcus predicted the football results, it was amazing.”

#BBNaija: I saw it with my eyes, Erica tried to kiss Laycon – Praise...

Violette - September 3, 2020 0
Former housemate at the ongoing Big Brother Naija 'Lockdown' show, Praise have vindicated Laycon over the recnt accusations he made against Erica. It would be...

Without Wizkid’s success, there won’t be a Davido, Burna Boy – British TV Host...

Violette - March 23, 2020 0
The Big Brother Naija winner, Mercy Eke explains why she love to attend service online. She further explains that she is a kind of person...

Violette - November 5, 2020 0
Coming after his divorce from popular actress, Caroline Danjuma 4 years ago, photos of billionaire, Musa Danjuma’s new girlfriend has surfaced online. According to reports,...