Home News See the advice a Twitter user gave ladies about relationships that has... 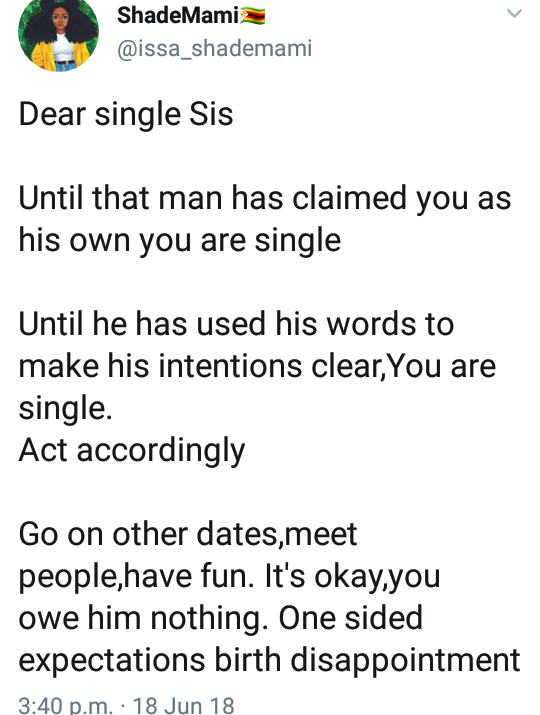 A tweet shared by Twitter user Shade Mami has gone viral but men are coming for her because of it.

Shade told women they are still single until a man has claimed them and made his intentions clear. Until then, she advised women to “go on  dates, meet people, and have fun. ”

“Dear single Sis Until that man has claimed you as his own you are single Until he has used his words to make his intentions clear,You are single. Act accordingly Go on other dates,meet people,have fun. It’s okay,you owe him nothing. One sided expectations birth disappointment.”

After sharing the tweet, men accused her of advising women to be promiscuous and she revealed that the men are calling her out for the post .

She wrote: “The names I have been called for this tweet alone bruh..niggas want my head on a pitch fork.” 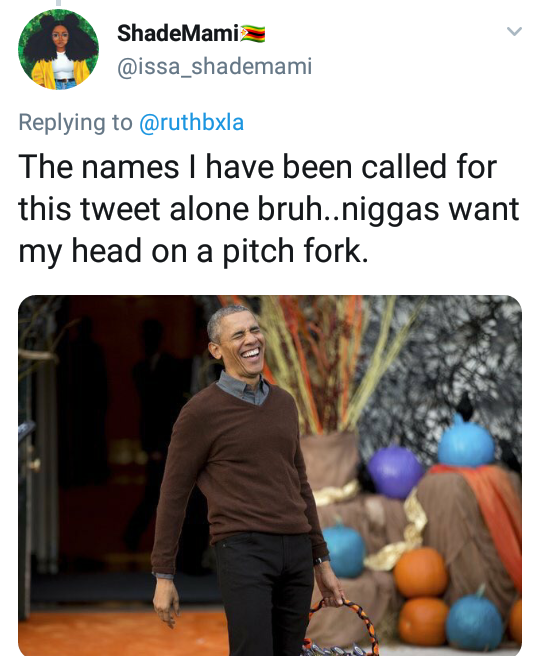 What do you think about her initial post? Great advise or not?

Violette - November 6, 2020 0
Big Brother Naija star, Nengi have continue her good rise to fame as she becomes the latest celebrity to receive Government appointment in her...

Violette - May 12, 2020 0
Many are the celebrities who have either registered their concern or excitement to Nicki’s retirement from music, however Queen Latifah says Nicki Minaj will...

Johnson Olumide - February 18, 2020 0
Venus Williams and her younger sister who is a 21 time grand slam  Tennis champion are in Italy to Play the Tennis Season World Tour.  (adsbygoogle = window.adsbygoogle...

Violette - September 22, 2021 0
Nollywood actor, Feranmi has disclosed how Davido's official photographer, Fortune Ateumunname popularly known as Fortune gave up the ghost at a location in Lagos. It...