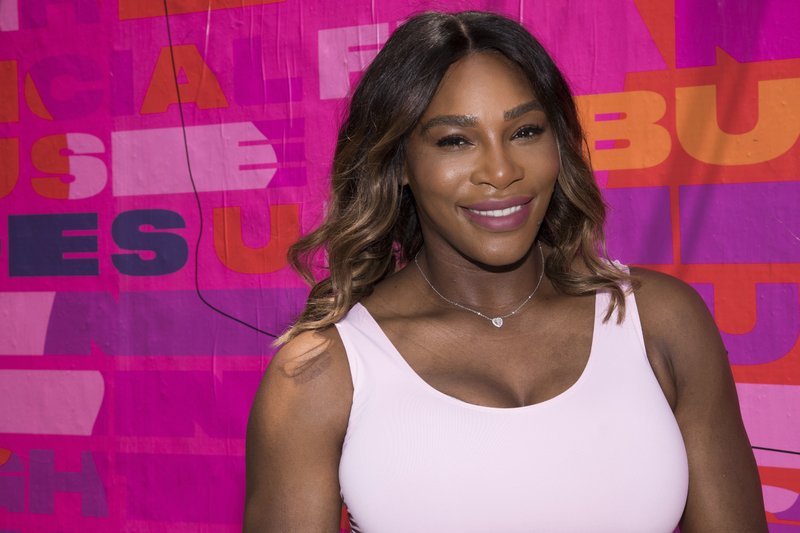 The tennis superstar says education about domestic abuse should start when men are young boys.

“This is a human rights issue. We should all be treated the same. We should be treated equal. With domestic abuse, it doesn’t care what color you are, what background you’re from,” she continued.

“It’s important to get the message out there — to our young men, to our boys, to our daughters — to let that new generation, and let the generation now know that, let’s stop this. Let’s change this. Let’s create a better us.”

The 23-time Grand Slam singles champion is the ambassador for the Allstate Foundation Purple Purse initiative, which aims to help stop domestic abuse and what it calls the financial abuse that can accompany such relationships.

Williams says being the mother of an infant daughter makes the issue more important to her.

“This could be something that my daughter could face and that’s not cool,” she said at a Purple Purse event. “I want her to know that she can always talk to me, and talk to other people. That maybe she doesn’t have a voice, maybe she can’t use her voice, but we can be her voice, we can support her in so many different ways,” Williams said.

Williams was pregnant with 9-month-old Olympia Ohanian when she won the Australian Open in January 2017. She returned to Grand Slam play last month at the French Open but had to withdraw after reaching the fourth round due to a pectoral chest injury.

Williams says she anticipates being healthy for next month’s Wimbledon tournament.

She also spoke about her father, Richard Williams, and his upcoming induction into the American Tennis Association’s Hall of Fame. Williams coached Serena and her fellow champion sister, Venus, from when they were children until they were winning titles as adults.

Breaking News : Serena Williams pulls out of the French Open

“That’s really wonderful and I know he is really excited about that and I am, too,” she said. “I was just with him yesterday and we talked about it. It was great.”

This story has been corrected to show the name of the foundation is the Allstate Foundation Purple Purse and the age of Williams’ daughter.