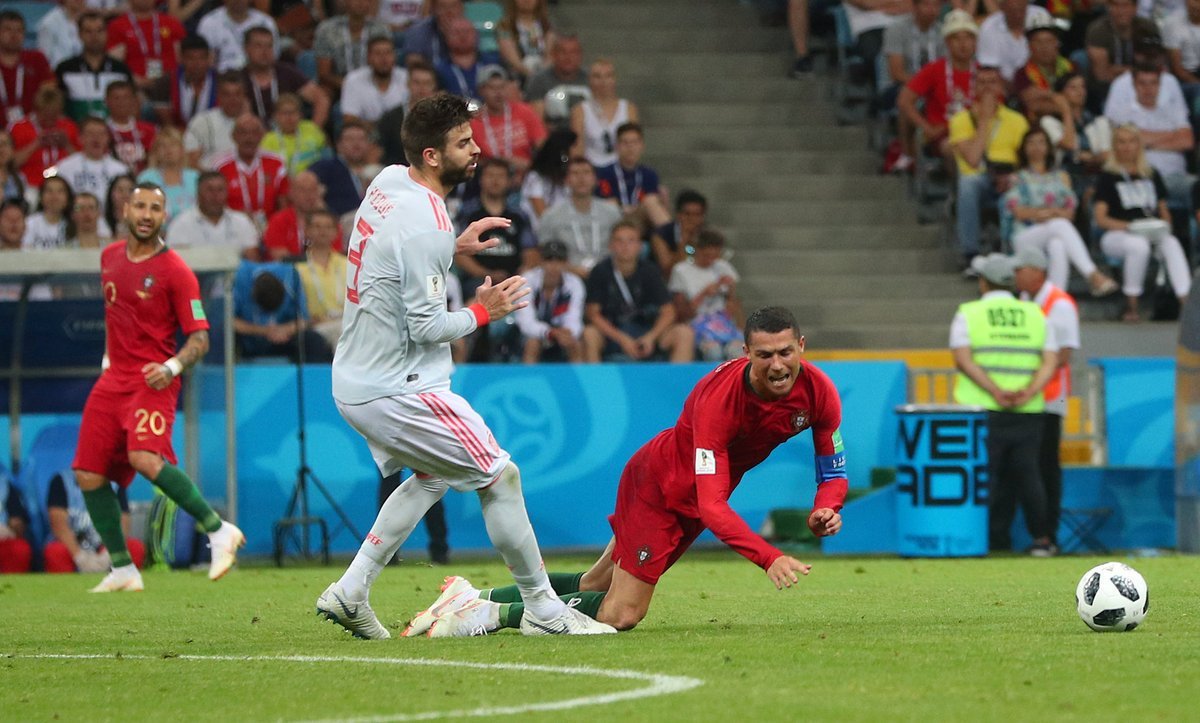 Spain defender Gerard Pique criticised Portugal star Cristiano Ronaldo, saying the hat-trick hero had a habit of throwing himself to the ground.

Ronaldo curled in a stunning 88th-minute free-kick after being fouled by Pique in a thrilling 3-3 draw between the nations at the World Cup on Friday.

The Real Madrid star’s goal was his third – his first coming after he won a penalty – as he led Portugal to a hard-fought point in the Group B clash in Sochi.

But Pique was unhappy with the fouls, saying Ronaldo regularly exaggerated contact.

“We have had more chances. They had three shots and scored three goals,” the Barcelona defender said.

“Games go one way and you have to face it.

“Finding yourself in the opening game of a World Cup with a penalty against you in the second minute, you have to leave with good feelings after how the match went.

“Cristiano is prone to diving.”