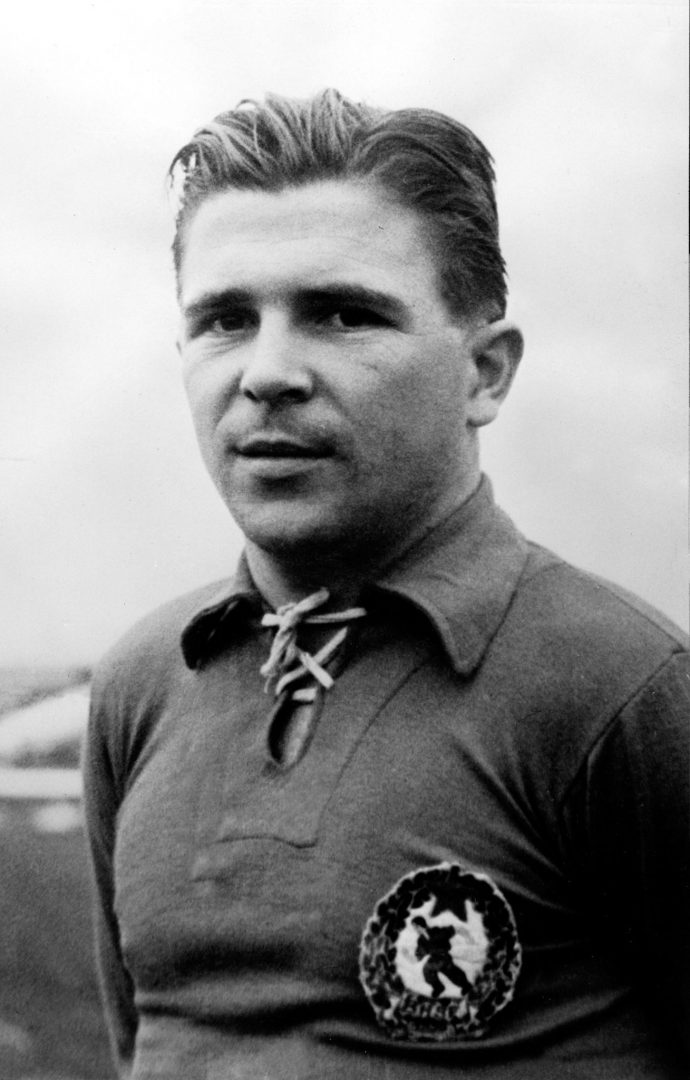 Hidden in the depths of the world of footballing stats, there is a man who has even outshone the glittering careers of Lionel Messi and Cristiano Ronaldo. His name is Ali Daei.

Born in 1969 in Arbadibl, a small town with strong Azerbaijini connections in the north of Iran, Ali Daei is still the highest goalscorer in international football of all time and the only player to get over a century of goals, with 109.

He is a considerable distance from the 77 that Pele managed with Brazil, the 84 Cristiano Ronaldo has scored for Portugal or the 64 netted by Messi for Argentina, according to the ‘The International Federation of Football History & Statistics’ (IFFHS).

With a degree in mechanical engineering from the University of Sharif in his native country, Daei arrived late to professional football due partly to the Iraq-Iran War (1980-88) which left a decisive mark on his youth, and in which he had to complete obligatory military service.

But he went on to score goals and break records, particularly at international level where his status as a player grew. For Iran, he scored 109 goals in 149 appearances and in his 12 season-long club career, in which he played in Asia and Europe, he managed to score 287 times.

In his list of achievements there are many historic moments, such as being the first Iranian to play in the Champions’ League, scoring two goals in his first game in the competition which was undoubtedly his finest night on the European stage.

Daei went to Germany for the 1997-98 seasin to play for Arminia Bielefeld, who had just been promoted to the Bundesliga, together with his international team-mate Karim Bagheri.

The year before, the big centre-forward had made his name at his club Perspolis and had scored 29 goals in 38 matches for Iran in the Asia Cup.

Four of these came in the famous quarter-final match against South Korea, with the Iranians winning 6-2. His first season in the German league he had a quiet campaign, scoring seven goals in 25 games but was sensational with his national side scoring 17 goals in nine games during qualification for the 1998 World Cup in France, which sent Iran to the finals.

This was enough for Bayern Munich to come calling, where he was competing for a spot on the team-sheet with the likes of Mario Basler, Alexander Zickler and the Brazilian Giovane Elber.

For Bayern, he scored only six goals in 23 matches and despite becoming the first Asian player to play in Europe’s elite competition, he moved on from the club at the end of the season, after they lost the incredible Champions’ league final to Manchester United, and joined Hertha Berlin.

He played three seasons at the Berlin-based team and it was with them that he would have his best-ever European night. On September 22, 1999, he scored his first two goals in the Champions’ League, in an exciting group-stage game against Chelsea which Hertha won 2-1 and the player became a national hero.

From here, his career started to go in to decline, even with his killer instinct for Iran being alive and well.

In 2002, he left Berlin to join Qatari side Al Shabab and a year later he returned to the Iranian champions Persepolis, for whom he would play his last great season as a goalscorer: 16 goals in 17 matches for the national team meant he surpassed the record of 84 international goals set by another great: Ferenc Puskas.

In 2006, after spending his final playing days with two minor teams in the Iranian league, Daei went to Germany to play in his final World Cup in the midst of widespread criticism of the player and the Iranian team, in which the press claimed that the team had to make way for younger players.

In this same year at the age of 36, he scored his 109th international goal in a game against Costa Rica. He also started a coaching career with the team he would retire at, Saipa.

He started a successful career in management by winning the Iranian league in his first season, led the national team during qualification for the 2010 World Cup and won two Iranian Cups with Saipa and Persepolis.

Currently, the forward whose record has still not been beaten by Messi or Ronaldo, is managing Seipa, a team from eastern Tehran.