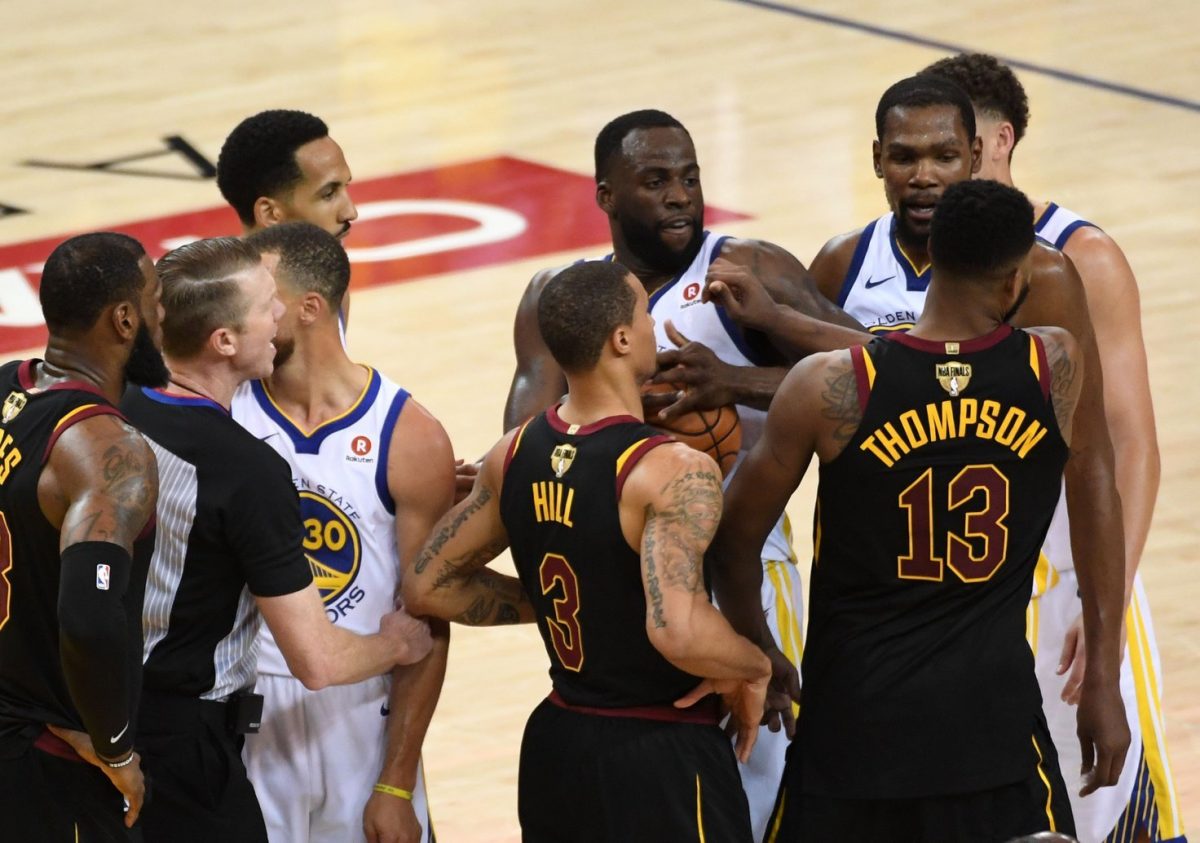 Cleveland Cavaliers center Tristan Thompson was fined $25,000 for failing to leave the court in a timely manner and shoving a ball into the face of the Warriors’ Draymond Green in Thursday night’s Game 1 of the NBA Finals after being automatically ejected for a flagrant foul 2.

In a Friday night news release announcing the fine, the NBA said it also was downgrading that foul to a flagrant 1 “upon league office review.”

The Warriors were up by eight points with five seconds remaining in the contest, but there were 2.5 seconds left on the shot clock. Warriors guard Shaun Livingston pulled up for a midrange jumper, and Thompson contested the shot, but his elbow appeared to connect with the right side of Livingston’s chest, though replays called into question whether Thompson made contact.