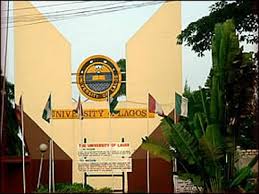 A postgraduate student of the University of Lagos , Jimi Fatunbi, has
been allegedly injured by two lecturers at the university campus .
Fatunbi told Saturday PUNCH on Friday how he was slapped and
stabbed by the lecturers at about midnight on Wednesday.

He identified the lecturers as Dr . BabawaleTaiwo and Dr . Israel
Abiala , who lecture at the Departments of Mathematics and
Statistics ; and Arts and Social Sciences Education respectively .
It was gathered that the incident happened at the UNILAG ’ s Faculty
of Education roundabout.
Fatunbi, studying for masters in English Language , is a resident of
the Henry Carr Postgraduate Hall .
He explained that the incident , which started out as a conversation
turned bloody when he alighted from his vehicle to complain about
how one of the lecturers banged on the body of his car.
He said , “ I went to take my car from Elkanemi hall, where it was
initially parked , to Henry Carr . While I was reversing at Elkanemi
Park , I discovered that a vehicle was behind me and the occupants
( lecturers ) of the vehicle said I was obstructing them.
“Dr . Taiwo started banging on my car . I felt he wanted to damage my
car and I stopped . I came down to ask him what was actually wrong .
“I felt that if I was indeed obstructing , since I was moving away ,
there was no need for the attack .
“He said I had committed an offence and he needed to deal with me,
being a lecturer . So , before I knew it , his colleague , Abiala came
down from the same car and started manhandling me. In the
process, one of them stabbed me in the face .

“I was shouting until students came around . I eventually called my
hall executives and I was taken to the university’ s Medical Centre
for treatment.”
He said the lecturers were interrogated by the university ’ s security
officials after they were informed of the situation .
When our correspondent visited the university campus on Friday ,
security officials at the Alpha Base ( the university’ s security house )
confirmed that the case had been reported.
When contacted on the telephone, the Public Relations Officer of
UNILAG , Toyin Adebule , also confirmed the incident , saying the
management had been notified .
He said , “I have confirmed it myself . There is one Dr .Taiwo involved
and the case was reported at our security post. The attention of the
management has been drawn to the case and we are taking action .
It is still under investigation .
“The dean and head of department where he works have been
informed and the university has requested that the lecturer should
come for questioning. We don’ t condone indiscipline , hooliganism
and violence from anybody at any level .
“The university is taking up the matter seriously and we will never
leave any stone unturned until we get to the root of the matter . It
could be cultism , money or anything . We want to know what caused
the matter and we will get back to you . We have asked the security
to go after him .”