Home News UNIVERSITY OF ZAMBIA GETS $340,000 UNESCO GRANT TO DEVELOP DEGREE PROGRAMME IN... 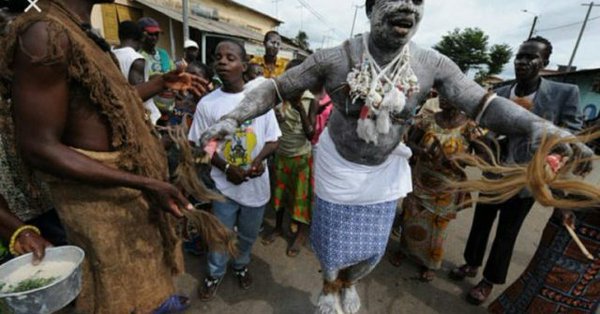 The United Nations Educational, Scientific and Cultural Organisation,UNESCO has granted the University of Zambia $340,000 to develop a degree Programme to train students in witchcraft.

The Zambian Observer reported that the training in what is referred to as Intangible Cultural Heritage will commence with the first intake comprising of 20 students, reports Lusaka Times.

The Zambia National Commission for UNESCO has explained that Intangible Heritage comprises practices such as witchcraft, and social practices such as expression through music, knowledge, skills as well as the instruments, objects, artifacts and rituals.

Dr. Charles Ndakala, the Zambia National Commission for UNESCO Secretary General, who spoke to Hot FM News on the sidelines of a five days’ workshop for the orientation of UNZA Lecturers on Intangible Culture Heritage, said that despite efforts in safeguarding cultural heritage, there are cases of destruction of priceless culture heritage in certain countries which threatens traditions and customs.

READ ALSO
”If a doctored video is the only reason you have to say the IGP is not brilliant, then you are delusional” PPRO Dolapo Badmus says

In November last year, Higher Education Minister Professor Nkandu Luo announced that Zambia should consider research and the study of witchcraft as a science that can be used productively for the benefit of the country.

Professor Luo said Zambian scientists can learn from the South African counterparts who have commenced studies in witchcraft in some universities.

“I could not help but think of witchcraft when I saw a mobile phone put into a box and it turned into a lady’s pant!” she said during the commemoration of the World Science Day for Peace and Development dubbed: ‘Recreating interest in science, technology and innovation’.

But then Government Spokesperson Kampamba Mulenga said Government was disappointed with media reports suggesting that it will consider research on witchcraft as a science that can be used productively for the benefit of the country.

Ms. Mulenga said the allegations are blatant falsehoods coming from people who have nothing good to offer to the nation.
She said the government is aware that there is a group of people that is spreading malicious statements through various media platforms, bent on destroying government’s image.

She added that contrary to the allegations, President Lungu’s administration has and will always uphold Zambia’s status as a Christian nation as enshrined in the preamble of the constitution.

BBNaija – Nini’s Fiance replies Instagram user who begged him to leave Nini for...

Ifeoma Ngozichukwu - November 24, 2021 0
An Instagram user earlier today begged the reality star's Fiance to leave her for her fellow housemate, Saga. It's no news that the two have...

Davido Sold Out 02 Arena, As he Prepares to Perform In London

Johnson Olumide - January 2, 2020 0
DMW boss, Davido has sold out the 02 arena as shared by the singer on his twitter handle few minutes ago. After the Wireless Festival...

Violette - December 10, 2019 0
American singer and songwriter, Cardi B had a fun filled time in Nigeria and his already missing the country despite just leaving some days...

Johnson Olumide - December 20, 2019 0
Former Big Brother Naija Housemate, Bisola Aiyeola has been bereaved. Her babydaddy, Olanrewaju Malcolm, the father of her daughter, Leyla has died. Malcolm, who was a veteran artiste...