Home News Untold killings that may have cause Plateau massacre 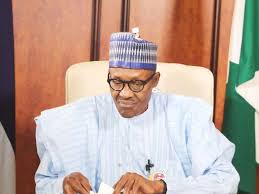 The Saturday killings led to the death of at least
86 people, according to the police, with a resident
saying 120 people were killed.
Pam Chollom, a pastor of the Church of Christ In
Nations (COCIN) in the area, blamed the attack on
armed herdsmen. He said most of the 120 victims
were returning from the burial of a community
leader.
Two days after the Saturday killings, which have
been condemned by Nigerians including President
Muhammadu Buhari, a leader of Fulani herdsmen
said he believed the killing was a reprisal attack.
He suggested the killings were in retaliation for
the killing of hundreds of cows allegedly by ethnic
Berom youth.

“ These attacks are retaliatory,” Danladi Ciroma,
the chairman of the north central chapter of
Miyetti Allah Cattle Breeders Association of
Nigeria (MACBAN), said on Monday.
“As much as I don’t support the killing of human
being, the truth must be told that those who
carried out the attacks must be on revenge
mission.
“Fulani herdsmen have lost about 300 cows in the
last few weeks – 94 cows were rustled by armed
Berom youths in Fan village, another 36 cows
were killed by Berom youths. In addition to that,
174 cattle were rustled,” he added.

PREMIUM TIMES had earlier on Friday obtained
details of one those attacks which also led to the
death of four cattle traders.

On Thursday evening, four traders, of ethnic Fulani stock, returning
from a cattle market, were allegedly ambushed and killed, in what
appears to be part of the bloody cycle of attacks and retaliatory
attacks in Plateau State.
A day later, the Cattle Breeders Association, Barkin Ladi Local
Government Area chapter, accused the Berom speaking natives of
the town of being behind the attack which occurred along Hiapang,
Barkin Ladi road.
The scribe of the association, Abubakar Gambo, also accused the
attackers of whisking away the corpses of the victims.

“The unfortunate incident occurred between 6.30 to 6.40pm,
Thursday at Hiapan. The Berom people ambushed and killed four of
our people, burnt the car they were in. The people were returning
from a cattle market from Bukuru, Jos South Local Government
Area. They took away their corpses,” Mr Gambo said.

The scribe told PREMIUM TIMES that his association had reported
the matter to security agencies.
“The victims are all married with children. They are: Bala Adamu,
Isa Mohammed, Ibrahim Ahmed and Lawal Abubakar Dangana. We
informed security operatives, members of the Special Task Force on
Jos crisis came to the scene. They got there while the fire on the
cars was still burning,” he said.
He also lamented the increasing spate of attacks.

“This is the third time such attacks on our people by Berom people
are occurring. We want a stop to this dastardly acts on our people,”
he said.

When PREMIUM TIMES reached out to the police last Friday, the
police said the incident was an abduction, and “not yet murder”

The police also said they could not yet ascertain the number of
casualties in the attack.“At the moment, we (police) cannot say that the said persons have
been killed. It is still a case of kidnapping. Investigations into the
incident has commenced, we shall unravel those behind the act,”
the Plateau police spokesperson, Terna Tyopev, said on Friday.
Reacting to the allegations, the national president, Berom Youth
Moulders Association, Dalyop Choji, confirmed the attack but said
the Beroms were not responsible for it.

“The situation that led to the whisking away of the said Fulani
people was a ‘chaos’ at Hiapang. I can authoritatively tell you that
those who kidnapped the Fulanis are not Berom. Those who
witnessed the scene said a Vectra car was on the trail of the vehicle
conveying the Fulanis, only God knows from where?” the Berom
leader told PREMIUM TIMES on Friday.

“Occupants of the said car opened fire on the car the Fulanis were
in, forced them into their Vectra car, set the car ablaze and drove
away, shooting sporadically in the air. The process created
commotion, residents of Hiapang ran for safety. How could that be
Berom people.
“We (Berom people) have been battling with attacks. I am sad to
report to you that between last weekend and yesterday (Thursday)
we have lost 16 people to gunmen,” he explained.

Yet To Be Identified Attackers
Mr Choji’s explanation reflects a deeper problem beyond the ethnic
colouration many Nigerians give to repeated violence in Plateau and
neighbouring states.
It perhaps points more to criminality by armed gangs unleashing
terror on citizens at will, in the face of a seemingly incompetent
government. The killings, however, eventually take ethnic turns and
lead to retaliatory attacks.
Thousands of people have been killed this year alone in violence
mainly between marauding herdsmen and their host communities. In
most cases, the attackers are never apprehended.
In the case of the Fulani four on Thursday, their attackers are yet to
be identified or arrested.
Also, the killers of the scores of mourners on Saturday are yet to be
arrested; and may not be if recent history is to be considered.

The Saturday killings led to retaliatory attacks in other parts of
Plateau, leading the government to impose a dusk to dawn curfew
in three local governments.The state government and President Buhari have condoled with the
victims and called for calm.
But for many Nigerians, the Plateau killings, alongside similar ones
in Benue and other parts of the country, show a failing government.
“Boom!! Out of the blues, Citizens are KILLED in their NUMBERS.
200??? How?? In a Nigerian-State with State Security &
Intelligence, Policing & Military? WE CANNOT KEEP SILENT ON
THIS. Governments exist to SECURE CITIZENS. WE ALL must hold
OUR Leader .@MBuhari to ACCOUNT,” a former minister, Oby
Ezekwesili, wrote on her Twitter page.