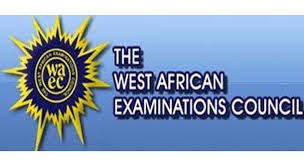 The results can be assessed on WAEC website www.waecdirect.org
Mr Olu Adenipekun, Head of National Office (HNO), who announced
the release in Lagos, explained that results of 1,021 candidates
were withheld.

According to Adenipekun, the results were withheld in connection
with various reported cases of examination malpractice by the
affected candidates.
He said the cases were being investigated and that reports of the
investigations would be presented to the appropriate committee of
the council in due course, for consideration.
“The committee’s decisions will be communicated to the affected
candidates,” Adenipekun disclosed.

Violette - November 10, 2019 0
Popular Television Personality, Bolanle Olukanni has showed her fans again how beautiful and sexy she can look. Bolanle Olukanni who is known for hosting popular...

Johnson Olumide - March 21, 2020 0
Khloe Kardashian and Tristan Thompson have called it quits, with multiple sources confirming the news to Radar.com. The report claims a family insider said ‘They are done...

Johnson Olumide - February 17, 2020 0
The 'Forthfourseconds' hitmaker took another series of photos for  Harpers Baazar China and mine o mine she is beautiful......