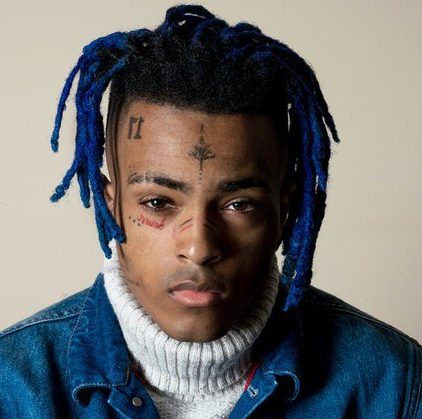 The mother of slain rapper XXXTentacion claims someone has been arrested for the murder of her son who was shot dead on Monday In Florida.

The rapper, whose real name was Jahseh Dwayne Onfroy, 20, was sitting in his car after exiting a motorcycle dealership store when two masked men gunned him down. Police immediately launched a manhunt, telling people they were hunting for “black males wearing hoodies” and said that the “shooter was wearing a red mask”.

A video has now surfaced online, which reportedly shows the star’s mother telling a crowd of people that someone has been arrested. The video claims to show the rapper’s mum celebrating an arrest. They appear to be at a vigil for XXXTentacion when the woman excitedly shares the news with the crowd. 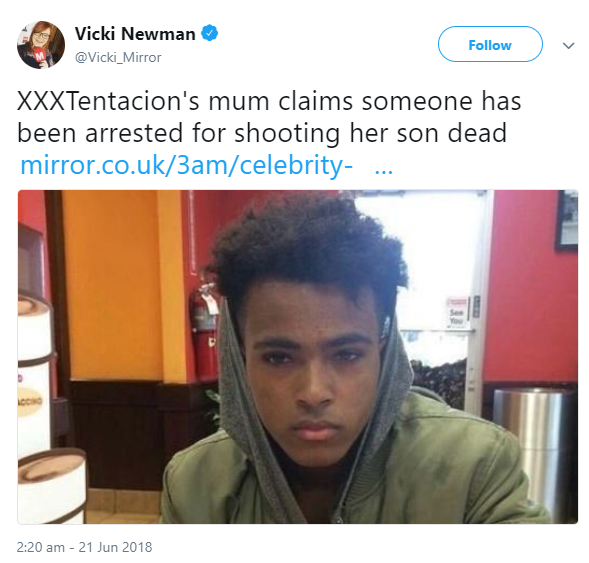 Johnson Olumide - May 12, 2020 0
I Want Sex Three Times a Night: ‘If You Can’t Hang, Goodbye' - Nicki Minaj Nicki Minaj knows what she wants. After rapping about wanting sex three...

Eric Many Record Boss Arrested By Police For Threatening Runtown With A Gun (See...

Johnson Olumide - September 18, 2020 0
Ayodeji Balogun aka Wizkid is arguably the biggest African musical export abroad and his been doing it for nearly a decade. The 29 year old...

Violette - August 4, 2021 0
A Nigerian female model has taken to social media to accuse a male photographer of sexually harassing her during a photoshoot. According to the model,...