Home News All 12 Thai boys and their coach saved from flooded cave after... 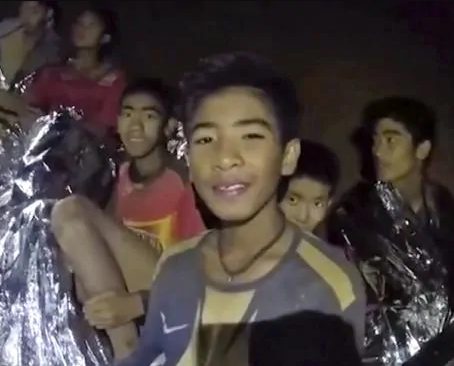 Finally! All 12 members of a Thai youth football team and their coach trapped in a flooded cave have been rescued.

After days of rescue attempts, the final four boys remaining in the cave with their coach were all saved today after more than 2 weeks of being trapped underground. They have now been ferried to a hospital in the city of Chiang Rai.

The Thai navy Seal unit made the announcement on its official Facebook page, writing: “The 12 Wild Boars and coach have emerged from the cave and they are safe. Hooyah.”

The “Wild Boars” soccer team, consisting of boys aged between 11 and 16, and their coach got trapped on 23 June while exploring the cave complex in the northern province of Chiang Rai after soccer practice and a rainy season downpour flooded the tunnels. They were not found until last week after which rescue operations immediately began. Sadly, one of the rescuers died during the rescue mission. 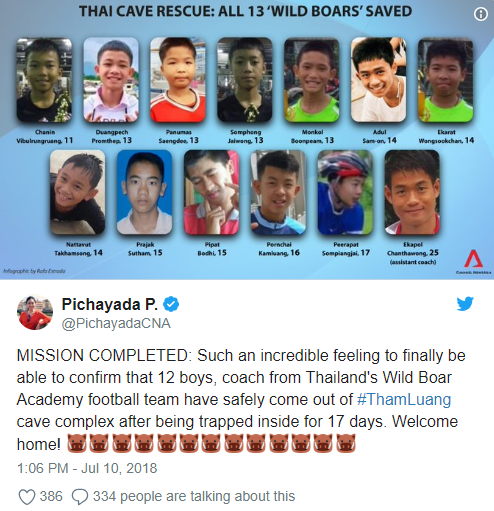