Following a crushing defeat in a custody battle over her six children, Angelina Jolie has shockingly decided to call off her divorce and win back ex, Brad Pitt, the Globe has sensationally claimed.

The 43-year-old was rocked to the core over a recent court ruling that Brad, 54, could have increased visitation and contact with their shared children – Maddox, 16, Pax, 14, Zahara, 13, Shiloh, 12 and twins Knox and Vivienne, 10. 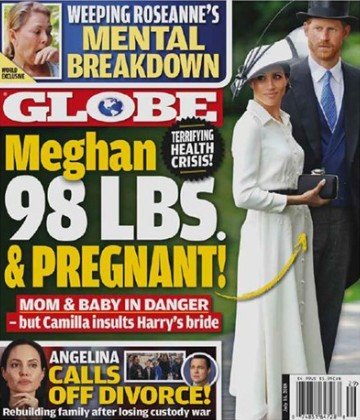 ‘Angie probably though there was no question she’d end up with full custody of the kids,’ a friend tells.

‘Being told Brad could get the kids must have totally blindsided her.’

The insider adds, ‘It would be Angie’s worst nightmare to have the kids taken away from her.’

Globe’s bombshell reports further adds that Angelina is plotting to pull out of the divorce.

‘Angie believes the best thing for her kids is for her to be with them,’ a friend spilled. ‘If this is how she can ensure that happens, she’d be open to it.’

‘She’s doing her best to mend her fractured relationship with Brad and become a family again.’

However, friends close to Brad allegedly told Globe that this would never happen.

‘He was devastated when she walked out, but now wants little to do with Angie as possible,’ a Pitt insider tells.