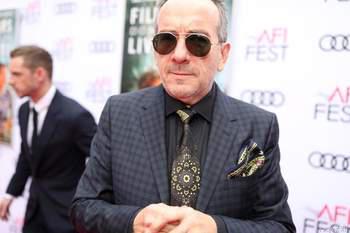 Elvis Costello has canceled several European tour dates while recovering from surgery for what the singer-songwriter calls a “very aggressive” form of cancer.

“Six weeks ago my specialist called me and said, ‘You should start playing the Lotto,’ ” Costello said in a statement released on his website. “He had rarely, if ever, seen such a small but very aggressive cancerous malignancy that could be defeated by a single surgery.”

Costello initially continued touring after the surgery, but he writes that after his June 24 show at the Edinburgh Playhouse, he has been forced “to now accept that it is going to take longer than I would have wished for me to recover my full strength,” and has cancelled the remaining six dates on his European tour.

Although he is not generally known for wearing his heart on his sleeve—fans on Twitter searched in vain for a poignant lyric to straightforwardly express their love of Costello and his music—Costello’s statement is upbeat and sincere throughout, and teases the planned release of a “magnificent new record” with his band, the Imposters, in October.