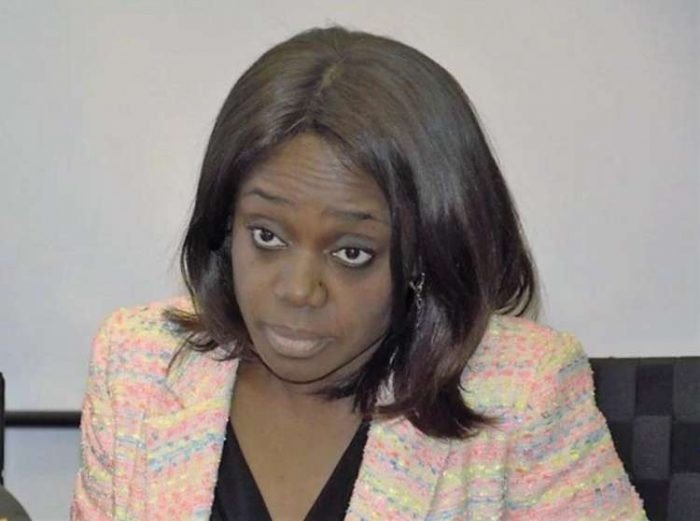 Premium Times published a report alleging that Minister of Finance, Kemi Adeosun, forged her NYSC certificate and that she allegedly never participated in the one-year mandatory scheme. Read the report as published by Premiumtimes below

Nigeria’s Finance Minister, Kemi Adeosun, did not participate in the mandatory one-year national youth service scheme. Instead, she forged an exemption certificate many years after graduation, PREMIUM TIMES can authoritatively report.

The year-long service, organised by the National Youths Service Corps (NYSC), is compulsory for all Nigerians who graduate from universities or equivalent institutions at less than 30 years of age.

In addition to being a requirement for government and private sector jobs in Nigeria, the enabling law prescribes punishment for anyone who absconds from the scheme or forges its certificates.

Eligible Nigerians who skipped the service are liable to be sentenced to 12 months imprisonment and/or N2,000 fine, according to Section 13 of the NYSC law.

Section 13 (3) of the law also prescribes three-year jail term or option of N5,000 fine for anyone who contravenes provision of the law as Mrs Adeosun has done.

Subsection 4 of the same section also criminalises giving false information or illegally obtaining the agency’s certificate. It provides for up to three-year jail term for such offenders.

Mrs Adeosun’s official credentials obtained by PREMIUM TIMES show that the minister parades a purported NYSC exemption certificate, which was issued in September 2009, granting her exemption from the mandatory service on account of age.

Mrs Adeosun graduated from the Polytechnic of East London in 1989, at the age of 22. According to her curriculum vitae, Mrs Adeosun was born in March 1967.

The institution changed name to University of East London in 1992. Mrs Adeosun has her certificate issued in the new name.

Having graduated at 22, it is obligatory for Mrs Adeosun to participate in the one-year national service, for her to qualify for any job in Nigeria.

However, at the time of her graduation, the young Folakemi Oguntomoju, as she then was, did not return to Nigeria to serve her fatherland.

Upon graduation in 1989, the Applied Economics graduate pursued fast-paced career in the British public and private sectors.

She first landed a job at British Telecoms but left after a year to join Goodman Jones, an accounting and investment firm, as audit officer. She served there till 1993.

In 1994, Mrs Adeosun joined London Underground Company as Internal Audit Manager, before switching to Prism Consulting, a finance firm, where she worked between 1996 until 2000.

In 2000, Mrs Adeosun was hired by PricewaterhouseCoopers, where she worked for two years.

When she eventually returned to Nigeria in 2002, Mrs Adeosun still did not deem it necessary to participate in the NYSC scheme. She simply accepted a job offer at a private firm, Chapel Hill Denham.

However, ostensibly concerned that she might run into trouble for skipping the mandatory scheme, Mrs Adeosun, sometime in 2009, procured a fake exemption certificate.

The NYSC does not issue exemption certificate to anyone who, like the minister, graduates before turning 30, top officials of the scheme familiar with the matter told PREMIUM TIMES.

Mrs Adeosun’s ‘certificate’ is dated September 9, 2009, and was purportedly signed by Yusuf Bomoi, a former director-general of the corps.

Officials said Mr. Bomoi stepped down from the NYSC in January 2009, and could not have signed any certicate for the corps eight months after. The retired brigadier general passed on in September 2017.

By the provision of Section 12 of the NYSC Act, employers must demand NYSC certificates from prospective employees. The law also mandates employees to present only genuine certificates for that purpose.

Section 12 of the Act reads:

“For the purposes of employment anywhere in the Federation and before employment, it shall be the duty of every prospective employer to demand and obtained from any person who claims to have obtained his first degree at the end of the academic year 1973-74 or, as the case may be, at the end of any subsequent academic year the following:-

a. a copy of the Certificate of National Service of such person issued pursuant to section 11 of this Decree

b. a copy of any exemption certificate issued to such person pursuant to section 17 of this Decree

c. such other particulars relevant there to as may be prescribed by or under this Decree.”

A lawyer, Sagir Gezawa, described jobs Mrs Adeosun has had in Nigeria as illegal.

“The combined effect of sections 12 and 13 of the NYSC Act is that it is illegal to hire a person who graduated but failed to make himself or herself available to serve, or falsify any document to the effect that he or she has served or exempted from serving.”

However, without demanding or verifying the veracity of the certificate presented by Mrs Adeosun, two Nigerian companies, the Ogun State Government and the Federal Government of Nigeria employed her at various times.

On becoming governor in 2011, Ibikunle Amosun nominated her into his cabinet. She proceeded to serve as commissioner of finance for four years.

In November 2015, Mrs Adeosun was sworn in as minister by President Muhammadu Buhari, and assigned the all-important finance ministry, after a supposed security and Senate screening.

The State Security Service, charged with vetting appointees to top government positions, failed to detect that her NYSC certificate was fake.

The Senate, which received the fake certificate as part of the documents Mrs Adeosun submitted for her confirmation hearing, detected the discrepancy, PREMIUM TIMES understands.

But it nonetheless proceeded to clear her for the top office. Those familiar with the matter said the leadership of the National Assembly used that information to blackmail and extort Mrs Adeosun for years.

We investigated Mrs Adeosun’s so-called NYSC certificate for months, determining eventually that it is fake.

“This one is an Oluwole certificate,” a top official of the corps said after we showed him a copy of the document. “We did not issue it and we could not have issued it.” Oluwole is a location in Nigeria’s commercial capital, Lagos, where fraudsters possess an amazing dexterity in the act of forging all kinds of documents.

Several current and former officials of the scheme told this paper that the NYSC would never issue an exemption certificate to anyone who graduated before age 30 and did not fall into the categories of persons exempted by the corps’ enabling Act.

By that law, there are four categories of Nigerians eligible for exemption certificates. The first are those who graduated after turning 30. The second are holders of national honours. The third are persons who served in the armed forces or the police for up to nine months. The last category are staff of intelligence agencies, or the armed forces.

Therefore, having graduated at 22, and with no record of national honours or service in the intelligence or armed forces, Mrs Adeosun is not qualified for exemption, officials said.

Yet, the so-called exemption certificate she holds gave age as the reason for her exemption.

“This is not the size of our exemption certificate,” another top official of the corps remarked when shown a copy of the minister’s ‘certificate’. “The calligraphy is also different”.

On another day, another staff questioned the genuineness of the ‘certificate’ based on the font of the serial number.

“Look at this, look at this other one, the numbering is different,” the staff said while comparing Mrs Adeosun’s certificate with a genuine one on file.

Mrs Adeosun’s name also failed to pop up during multiple checks of the exemption certificates registers kept by the corps, officials said.

One official, who perused the register recently, noted that the sequence of serial numbers for certificates issued in 2009 did not correspond to that in Mrs Adeosun’s purported certificate.

The signature on the ‘certificate’ is also suspect. As indicated earlier in this report, it was purportedly signed by an official who left the corps eight months before the document was made. One official described that claim as “barefaced lie and total impossibility”.

A TOOL FOR BLACKMAIL

PREMIUM TIMES reported Friday how the certificate scandal was turned into a tool for blackmail by a National Assembly cartel that used it to coerce the finance minister to keep releasing funds to the lawmaking arm.

Some federal lawmakers revealed to this paper that the discrepancy was detected by the Senate during the minister’s confirmation hearing. But rather than probe the issue, they turned it into a tool against Mrs Adeosun.

The report linked the certificate scandal to the minister’s excessive, even illegal, funding of the lawmakers, including recently funnelling a N10billion largesse to that arm of government.

Although several of its officials informally cooperated with our reporters in the course of this investigation, the NYSC leadership declined to respond to our official correspondences.

We first sent a letter to Director-General Sule Kazaure (brigadier-general) requesting him to help determine the authenticity or otherwise of the minister’s ‘certificate’.

After we received no response for several weeks, we sent in a Freedom of Information request on the matter. Weeks after, we are still waiting for response.

Insiders say authorities of the corps have been under severe pressure in the past weeks not to respond to our inquiries.

One of our reporters also requested a reaction from Oluyinka Akintunde, the spokesperson to Mrs Adeosun, who was briefed on the outcome of our investigations. He is yet to send a response to our inquiry.

Adedokun Moses - March 30, 2021 0
Afrobeat singer and songwriter Davido has raised eyebrows on social media as he's been caught in what seems like a cheating scandal on his...

Violette - July 23, 2019 0
A young Nigerian Journalist with the name Precious Owolabi, was killed by a stray bullet whiles covering violence during a clash between Iranian Shia...

Johnson Olumide - October 20, 2017 0
Rumor has it that the Victoria's Secret model and the 30-year-old R'n'B singer 'have been secretly dating since June,' following reports he threw her...

Joel Adesina - July 1, 2020 0
Pepper dem girls are out to enjoy the sunshine at the beach. The pepper dem girls have been giving their fans different vibes. Starting from Tacha,...

I came, I saw, I conquered!!! – Comedian Woli Arole As He Graduates From...