Few days ago, Leo celebrated his birthday, amidst report that he was
dating Khloe, but dumped her for Cee C, However while the reports
were still sketchy, Khloe celebrated Leo with a sweet birthday
message. saying:

”Hbd Akin Leo dasilva jnr .. wish you the best in life Mr Cool and icy .
@sirleobdasilva #freshair#mrcool#uncleA”
Cee C also wished him a happy birthday message, and turns out she
was even the one that got the man’s heart, after she held a surprise
birthday party for him.
Leo posted on Twitter praising Cee C, that she’s the first person to
organize a surprise birthday for him.
Now back to today’s saga, Khloe has unfollowed Leo, she also deleted
the sweet birthday message she sent him on her page..
A little tour on her page shows nothing about Leo on it.
In the newly introduced Q&A feature on the popular social media
platform, Khloe revealed she was never following Leo and she also
deletes birthday messages at night. 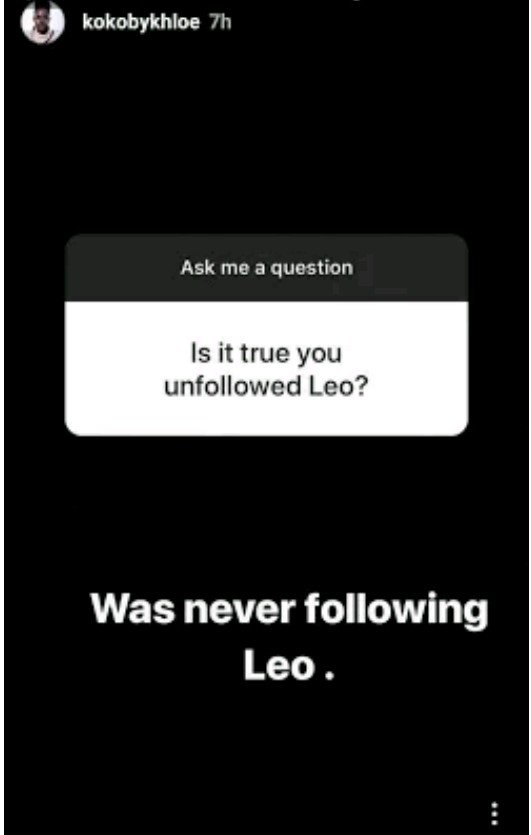 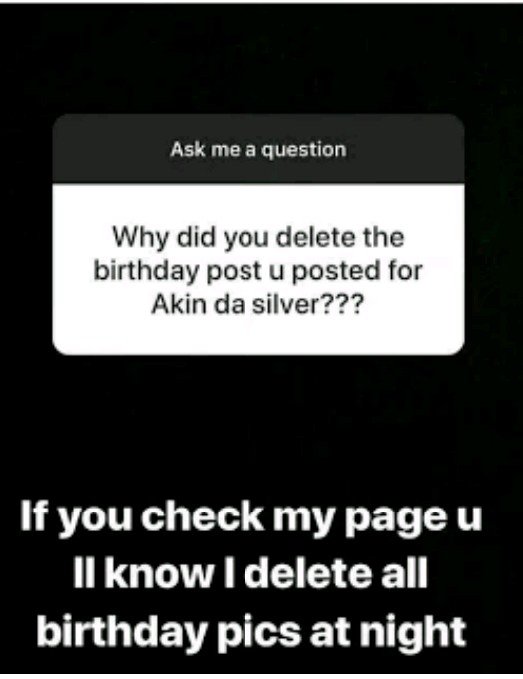 Tennis Players to Experience US Open Roof for the First Time

Johnson Olumide - February 18, 2020 0
The Game of Tennis Can be so intriguing, so Exciting, so emotional and many times so tense and all charged up. One thing that's common to all players is...

Adedokun Moses - July 25, 2021 0
It's official, the season six edition of Big Brother Naija reality show has started and male housemates have been introduced to the world. As fans...

“I Am Single” – Bbnaija’s Lolu Declares

Johnson Olumide - June 14, 2018 0
It looks as though the romantic relationship between former Big Brother Naija housemates, Lolu and Anto has met its end after the intense chemistry...

Johnson Olumide - February 17, 2020 0
The 31 year old singer, song writer and TV Personality has been known as one of the Raciest Celebrities and Female Musician on Instagram. She is so used...

Johnson Olumide - July 23, 2021 0
Have you always wondered what the cost Of Shipping A Car From USA To Nigeria could be? Or you have tried to import a...