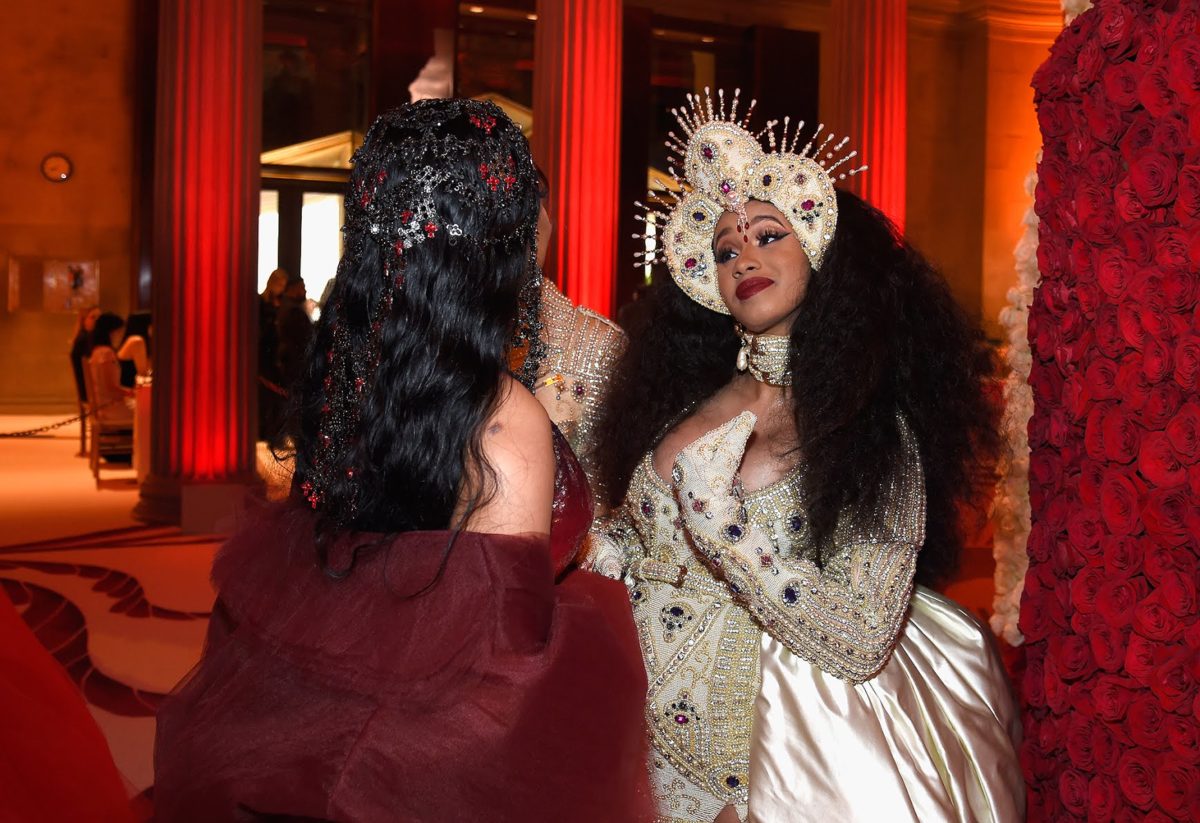 According to various reports, female rappers Cardi B, and Nicki Minaj have continued to share an on-and-off again feud with each other.

But any bad blood seems to be behind the pair, with the Chun-Li singer extending quite an expensive olive branch to the new mother and perhaps even putting her hand up as Godmother.

According to The Blast, the 35-year-old has gifted the Bodak Yellow hitmaker a $5000 baby basket from exclusive Los Angeles baby boutique Petit Trésor.

‘The basket was bought minutes after the birth announcement was made,’ reported the publication according to a source.

‘The requirements for the basket were to “make it as girly as possible”, and was stuffed with some of the store’s most sought-after products including luxury seasonal clothes, an assortment of dolls and stuffed animals and, of course, a sterling silver rattle’.

They added that there were also luxury organic pampering items for Cardi as well.

According to the insider, Nicki’s basket has already been shipped express post to her fellow rapper’s Atlanta home, and should arrive by end of day.

Nicki’s kind gesture comes after Cardi announced on Wednesday morning that she had given birth to her daughter, naming her Kulture Kiari Cephus.