Home News Nigerian female footballers go on their knees to collect their entitlements from... 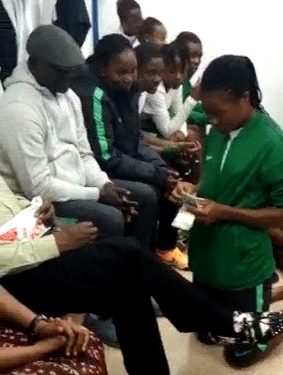 A video of Nigeria’s U20 women team kneeling down in front of the Sports Minister and other officials to collect their entitlements has sparked controversy online.

In the video, one of the players is seen kneeling before Minister of Youth and Sports, Mr. Solomon Dalung and other officials as she counted the money she was given. 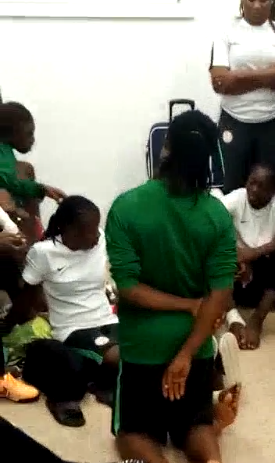 The video sparked outrage online and led to people calling Dalung and other officials out. However, some pointed out that it’s possible the women chose to kneel on their own and were not mandated to. 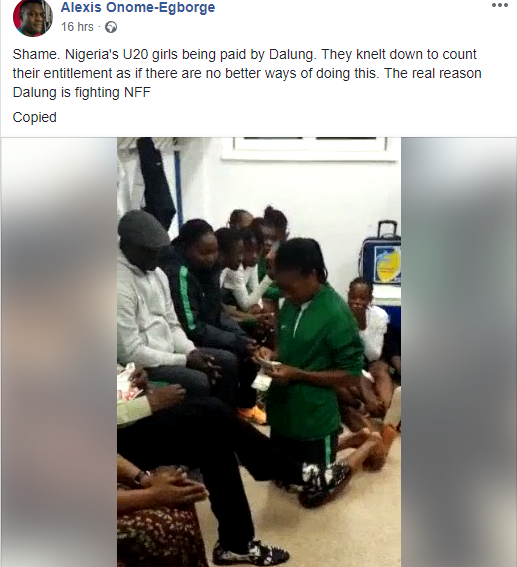 Below is a video and also screenshots of social media users’ reactions. 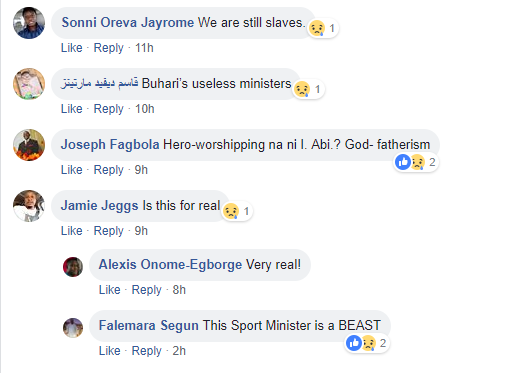 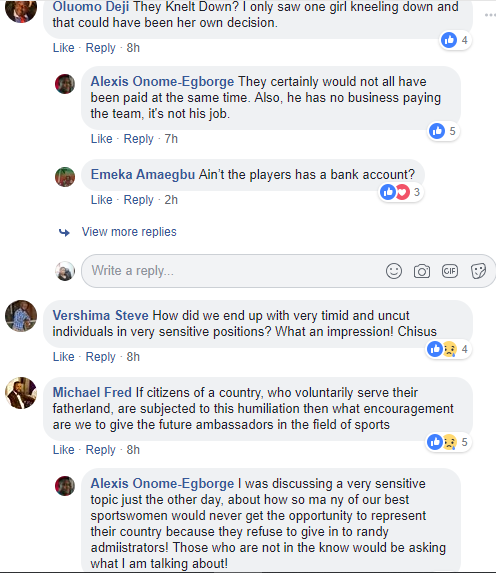