Home News Police release video to show the dangers of people jumping out of... 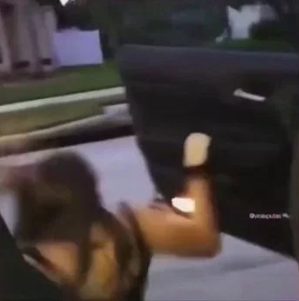 Police in Spain have issued a warning to people to stop jumping out of moving cars just to take part in the In My Feelings challenge.

The viral dance challenge based on Canadian hip-hop superstar Drake’s latest hit “In my feelings” sees people open the door of a moving car after which they jump out and dance while lip-synching to Drake’s latest hit.

The dance challenge was created at the end of June by US social media personality Shiggy and it has been taken up by celebrities and sports stars alike. But there have been so many accidents due to the clear danger involved that Spanish police have warned people they face criminal charges if they’re caught in the act.

The regional police force in Spain’s northeastern region of Catalonia, the Mossos d’Esquadra, tweeted that “doing a challenge such as #InMyFeelingsChallenge could end in criminal charges” if it violates traffic rules.

“Road safety is not a game,” they said, adding that people can be fined for not wearing a seatbelt, driving without paying due attention or recording on a mobile while driving.

The United Arab Emirates also warned that anyone taking part in the challenge was putting their lives and the lives of other motorists at risk.

Below are videos showing the dangers that could occur while performing the “InMyFeelings” challenge. The first two are not real and only show the worst that could happen. But the third video is real and was shared by the police in Spain.