Home News Policeman Kills Lady Who Was Meant To Finish Her Nysc, Tomorrow, In...

A Female Youth Corps Member who was meant to have her Passing out parade tomorrow, was reportedly shot dead by a police officer in Abuja yesterday.

Chinny her elder sister wrote ;
My little sister was shot dead by the police this morning in Abuja

I just want justice for my sister!!! She was a Corper and meant to pass out tomorrow!

We lost Miss Linda Nkechi Igwetu, a youth corper serving in Abuja to yet another avoidable impunity of Police earlier this morning. A police Officer shot at their car while returning from work and she bled to death. Our lawyers are with the next of kin & the shooter at station

Our hearts and thoughts are with the family as we speak and the team will do whatever it is in our power to bring the accused to justice and prevent future occurrence even as we progress the cause to a logical conclusion. Our team

The blood of innocent citizens killed extrajudicially by SARS/@PoliceNG and covered up by the IGP lying squad @PoliceNG_PCRRU @YomiShogunle and JimohMoshood will not go unavenged. Justice will be served. Keep praying for the team working round the clock

Miss Linda Angela Igwetu was meant to have passed out tomorrow from her NYSC program from her primary assignment positing at Outsource Global Company Mabushi.

She finished at work late at about 11pm and joined a few friends to a hang out before their Passing Out Parade scheduled for the next day.

They left for home at about 3am and was shot at shortly after the check point immediately after Ceddi Plaza by a Police Officer identified as Benjamin PETERS. The bullet hits Angela on her side, by the midriff and she began loosing blood in the open roof vehicle.

She was rushed to the Garki hospital but they wouldn’t treat her until they see a police report despite the fact that the police officers were present. While the deliberation was ongoing, Angela bled to death.

The case was later taken to Federal Secretariat Police Station where the elder sister of the deceased Chineye Igwetu was crying for help before our legal team reached her, minutes after we were notified of the incident. 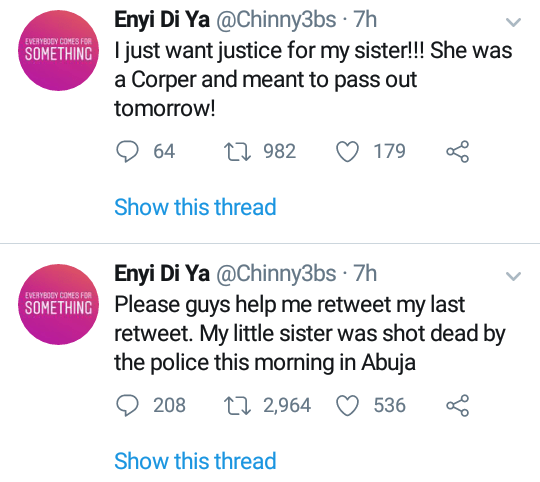 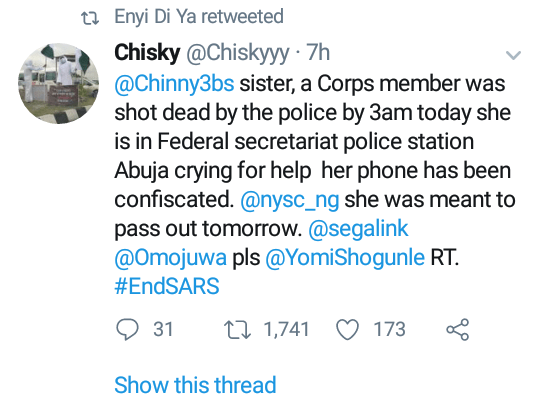 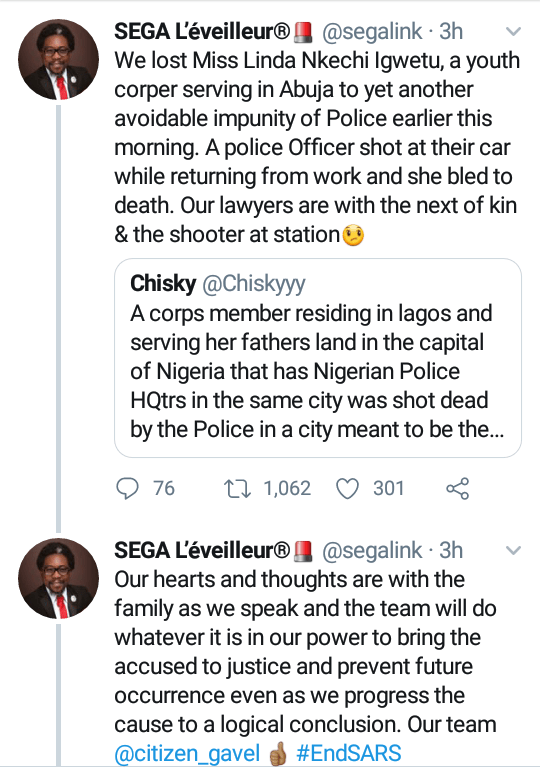 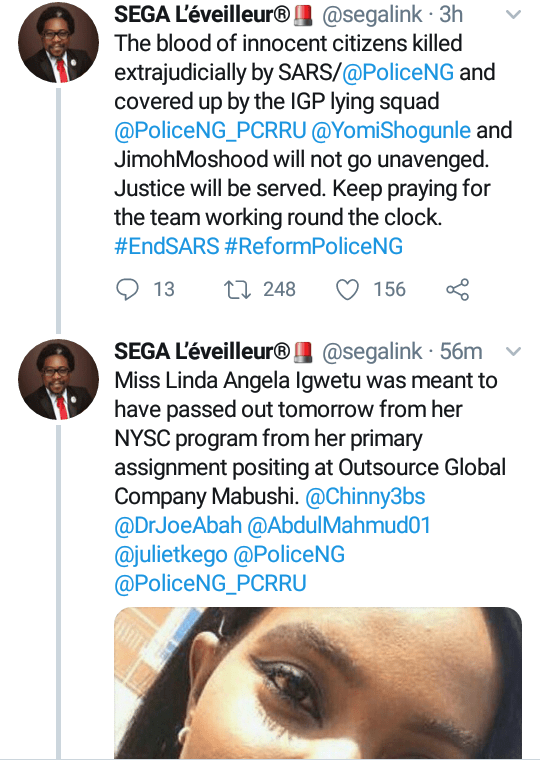 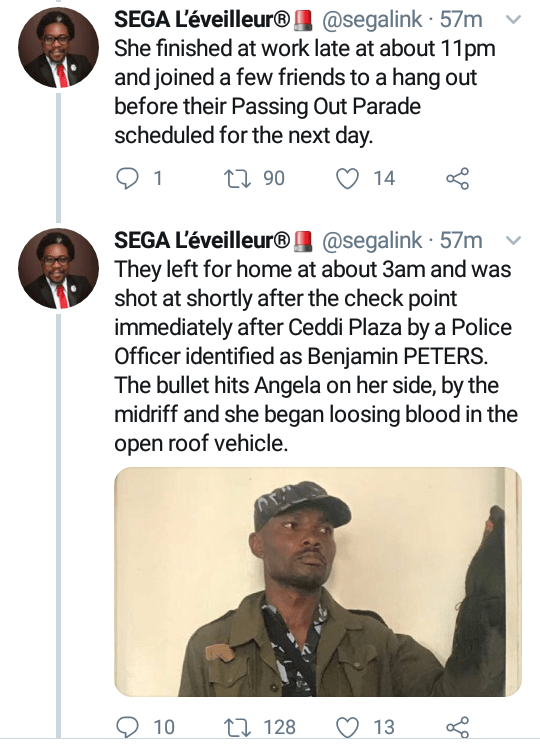 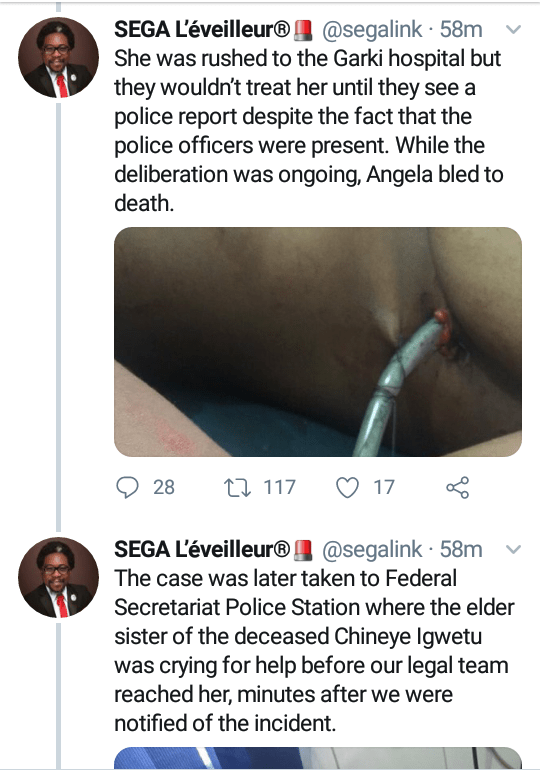 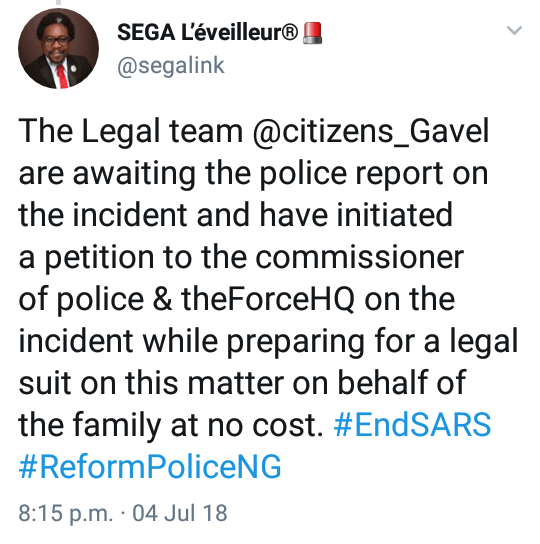 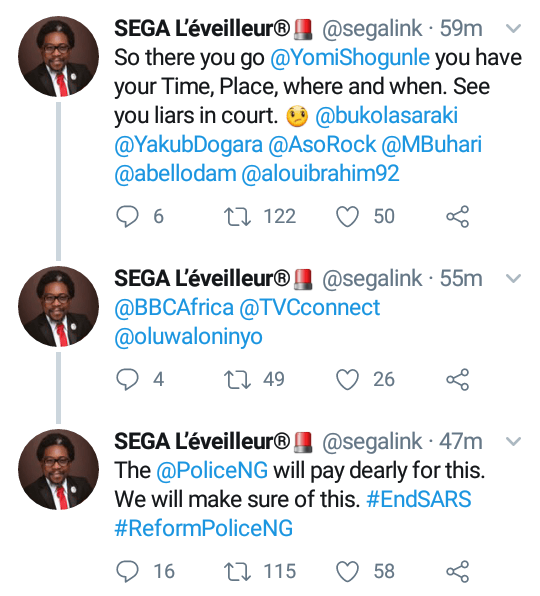 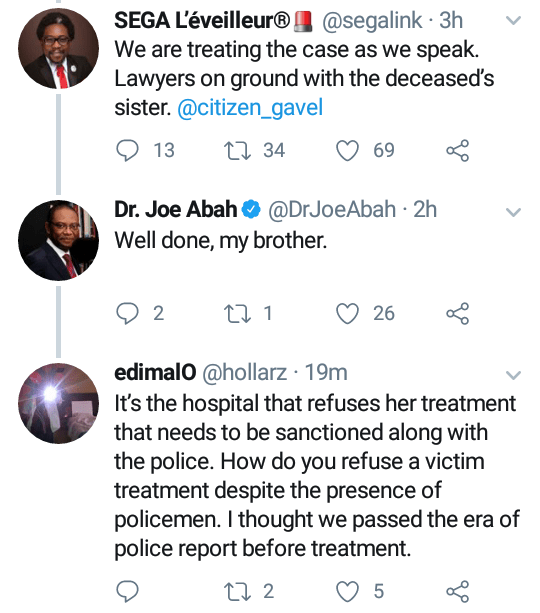 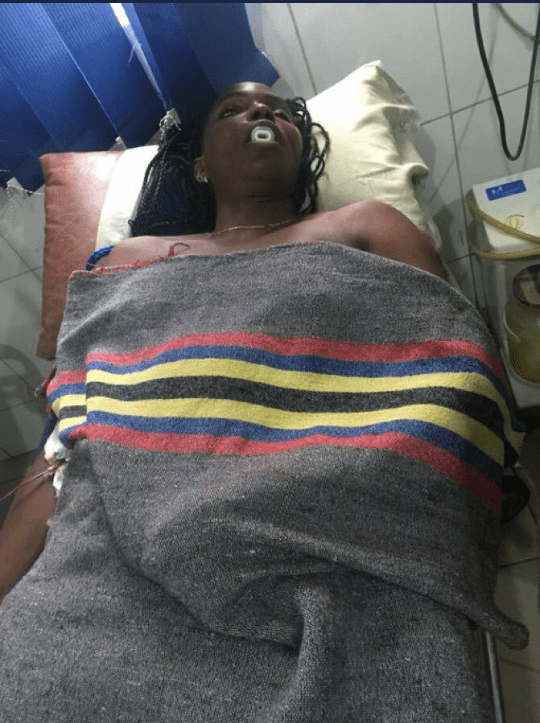