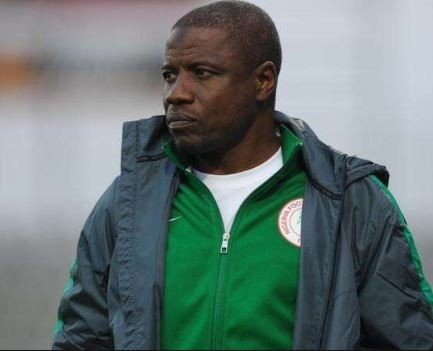 Nigeria’s Super Eagles chief coach, Salisu Yusuf, is set to face the combined wrath of FIFA, CAF and the NFF after he was caught on camera taking cash to influence players’ selection.

The footage, which was released by BBC Africa Eye, was captured by Ghanaian journalist Anas Aremeyaw Anas in September 2017. In the video, Yusuf was seen taking cash from men posing as football agents.

Yusuf, who is the chief coach of the Super Eagles, and first assistant during the World Cup, is due to lead the national team to the Olympics in 2020. He was in charge of the Super Eagles Team B to the 2017 WAFU and 2018 CHAN where they lost in both finals.

The supposed football agents for some players approached Yusuf in September 2017 for a conversation about players’ selection. During the conversation, they handed the Nigerian coach N360, 000 ($1000) and alluded to more cash incentives if he selects their players for CHAN 2018 which held in Morocco.

See the video and social media reactions below..

Anas Anas has revelation about Super Eagles chief coach, Salisu Yusuf for the world tomorrow via BBC. Seems, Salisu is about to be expose. Heard revelation might come from 2017 WAFU Cup in Ghana or 2018 CHAN in Morocco.

Let's wait for it. The fear of Anas.

Are we seriously shocked with the Salisu Yusuf expose???

This has been a part of Nigeria's football DNA for years.

Na who dem catch be thief!!!