Big Brother Naija finalist, CeeC has shared in a recent chat, how someone barged into her in a rest room while she was trying to put herself at ease.

Cynthia ‘CeeC’ Nwadiora recently granted an interview to Elozonam of the Cliff Hanger show, where she spoke about her sojourn in the Big Brother Naija 2018 reality show held earlier this year.

The first-runner up of the TV show discussed many issues ranging from the drama in the house, endorsement deals, embarrassing day of her life, hates and likes, relationship status and her plans for the future

Speaking on the most embarrassing day of her life, she explained how she wore a jumpsuit and struggled to totally take it off to pee before someone barged into her private space.

“I think it (most embarrassing moment in my life) has to be the day that I wore a jumpsuit and wanted to pee and in trying to zip down and taking off the entire outfit just to pee, someone just came into the house and I was like okay I’m n*ked” she said amidst loud laughter. 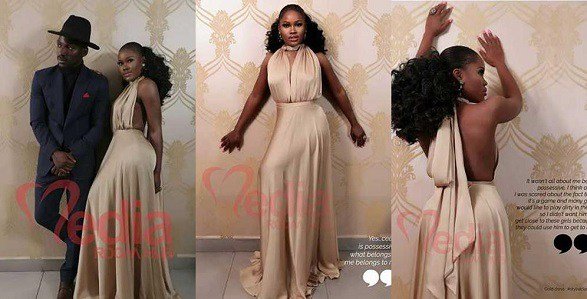 When quizzed further, the controversial drama queen who clipped the wings of Tobi Bakre at the house refused to mention the identity if the person.

The 26-year old lawyer later explained in the rest of the interview that she is still single and not interested in dating anyone for now.

She also revealed she missed Big Brother’s voice but she is not interested in participating in the show again except if she is paid to do so.

Watch her speak below,