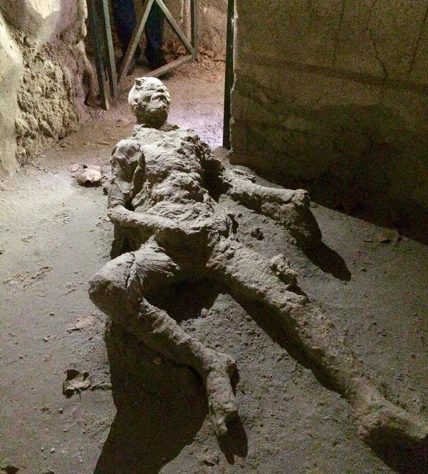 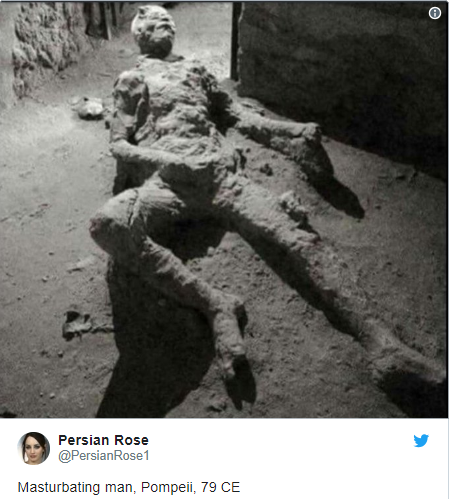 As noted by the HoaxEye Twitter account, the photo is really from Pompeii. A color version of the image was shared in June on the verified Instagram account for the Pompeii Archeological Area. It posted the photo with the description, “Plaster cast of a victim of the eruption.”

The man’s pose has nothing to do with the activity he was engaged in before dying, according to a volcanologist who studies the Pompeii victims.

READ ALSO
BUSTED! BOBRISKY’S REAL LOOK EXPOSED IN UNEDITED PHOTOS AS HE STEPS OUT FOR AN EVENT

“The individual in the photo is an adult man, killed by the hot pyroclastic surge (hot gas and ash cloud which killed most of the population living around Mount Vesuvius), with both arms and legs flexed due to the heat,” Pier Paolo Petrone told the Daily Dot.

Petrone told the Daily Dot that “most of the human victims found in Pompeii often show ‘strange’ position of arms and legs, due to the contraction of limbs as a consequence of the heat effect on their bodies after death occurred.” 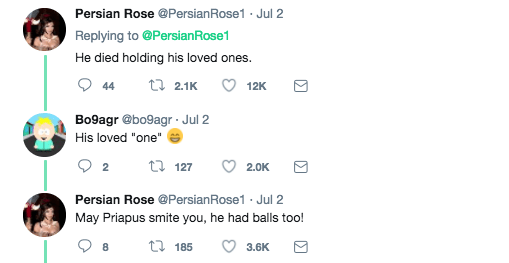 Lover boy Kiddwaya reveals his relationship with Erica has crashed

Violette - February 4, 2021 0
Former Big Brother Naija housemate Terseer Waya popularly known as Kiddwaya has insinuated that his relationship with Erica Nlewedim has crashed. It would be recalled...