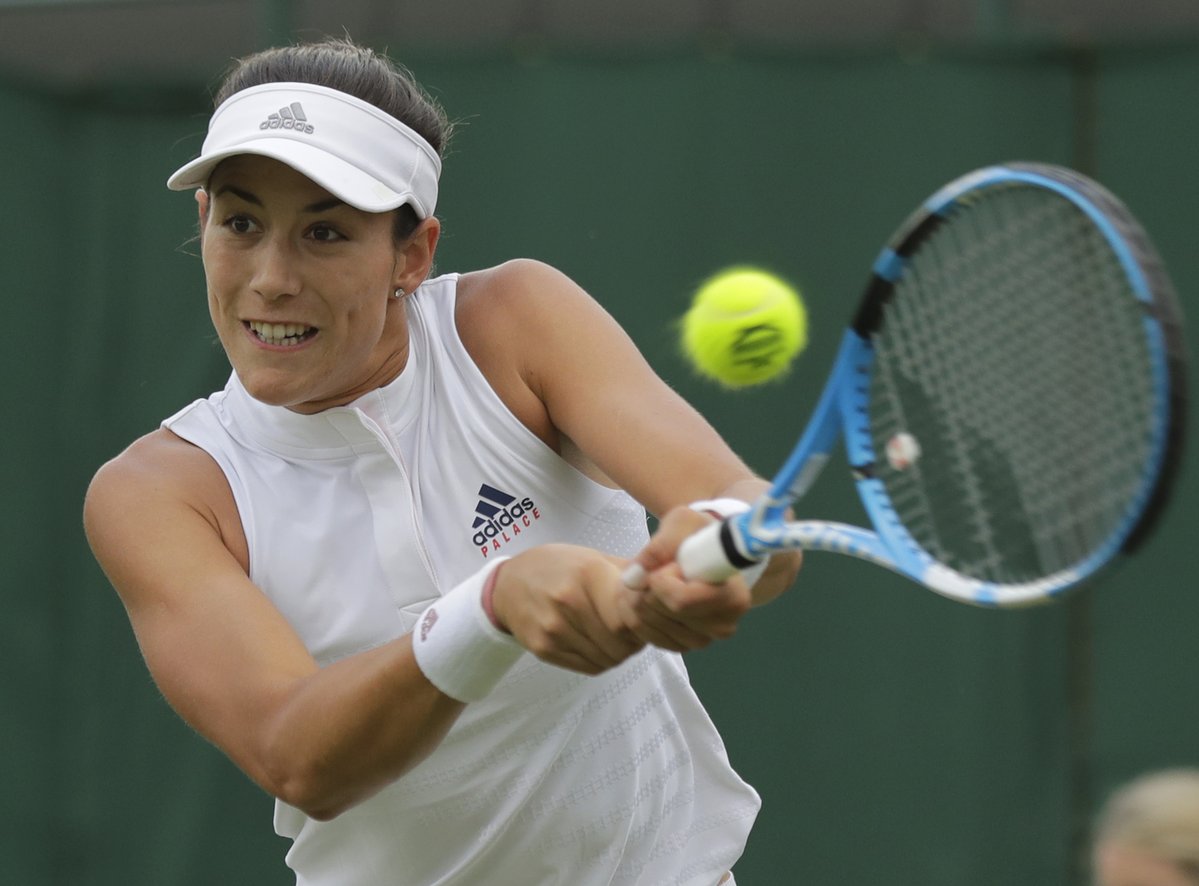 LONDON (AP) — Garbine Muguruza insisted she wasn’t thinking about attempting to collect a second consecutive Wimbledon championship. She was adamant that she was not focusing on defending her title.

Well, it seems safe to say she’ll really want to forget what happened at the All England Club in 2018. Muguruza was stunned in the second round 5-7, 6-2, 6-1 by 47th-ranked Alison Van Uytvanck of Belgium on Thursday, the latest upset in a series of them at the grass-court major tournament.

That’s become a familiar refrain for prominent women at this topsy-turvy Wimbledon.

Only two of the top eight seeded women are still in the field after four days of action.

Van Uytvanck, meanwhile, began this week with a 1-4 record at Wimbledon and only one Grand Slam quarterfinal appearance to her name. Muguruza, meanwhile, owns two major titles, including the 2016 French Open, and was the runner-up at the All England Club in 2015.

But that didn’t matter on this day.

Van Uytvanck was aggressive from the baseline, compiling a 29-18 advantage in winners, and broke in seven of Muguruza’s 13 service games. Still, it was not easy finishing off the most significant victory of her career.

The No. 3-seeded Muguruza joined No. 2 Caroline Wozniacki, No. 4 Sloane Stephens, No. 5 Elina Svitolina, No. 6 Caroline Garcia and No. 8 Petra Kvitova on the way out so far, along with five-time major champion Maria Sharapova. Those departures leave No. 1 Simona Halep, the French Open champion who won in straight sets Thursday, and No. 7 Karolina Pliskova in the field, along with seven-time Wimbledon champion Serena Williams, who is seeded 25th, and five-time champ Venus Williams, who is No. 9.

Sure seems that way, particularly this week.

Among the men, too.

Resumes and past performances do not matter. At all.

Marin Cilic, for example, entered his second-round match with all sorts of advantages in experience and success over his opponent, including a runner-up finish at the All England Club a year ago and a U.S. Open title in 2014.

So when Cilic took a two-sets-to-none lead against a guy who began the week with records of 0-2 at Wimbledon and 6-15 at all majors, it appeared the No. 3 seed was on his way to a straightforward victory and a step closer to a potential semifinal rematch against defending champion Roger Federer.

Hold that thought. The outcome that seemed obvious vanished, and Cilic is gone, giving away a big edge in a 3-6, 1-6, 6-4, 7-6 (3), 7-5 loss to 82nd-ranked Guido Pella of Argentina in a match completed Thursday after being suspended midway through the third set because of rain the evening before.

Cilic called it a “big disappointment.”

“Just didn’t feel so good. I was not as accurate as yesterday,” he said. “I was just missing some balls, giving him chance to keep playing.”

His exit means the highest-seeded man No. 1 Federer possibly could face before the final as he bids for a record-extending ninth Wimbledon title would be No. 8 Kevin Anderson or No. 9 John Isner. They’re two of the tour’s biggest servers, and both won contests carried over from Wednesday.

On the other half of the draw, two past champions, Rafael Nadal and Novak Djokovic, both advanced in straight sets. Not all went smoothly for Djokovic, though: He was visited by a trainer after feeling pain in his left knee over the last couple of games because of what he termed “a bad move” during a point.

“It seems like it’s nothing major. Hopefully, tomorrow I’ll see @ the practice session how it feels,” the 12-time major champion said. “Hopefully it’s going to be fine.”