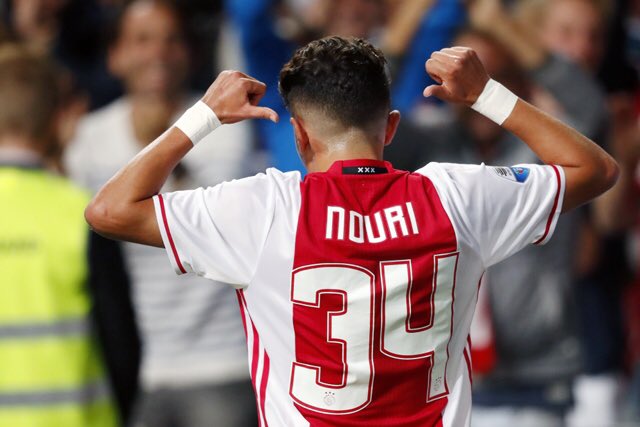 Ajax Footballer, Abdelhak Nouri who has been in coma for over a year after collapsing during a friendly match on July 8, 2017, has finally woken up.

Abdelhak Nouri reportedly woke from coma on August 5, 2018, and his brother disclosed that he recognized his loved ones and started to communicate with his family, even though he suffered serious, lasting brain damage.
His Father Mohammed and brothers Abderrahim and Mohammed told reporter Joep Schreuder, about the love and suffering they’ve shared while Abdelhak is intensive care, NOS reports. According to his family, the 21-year-old Ajax footballer is doing better neurologically than a few months ago, and he is currently in a nursing home. He was moved regularly over the past year, something that cost the family a lot of energy and grief. But his situation is now stable and he is doing better. My family is very satisfied with his care, his father Mohammed.

“Yes, certainly. We have also learned a lot. We can give him certain medicines and food ourselves. We have to be able to do that, in case he comes home.” Brother Abderrahim, 25, added: “With all due respect to the caretakers and doctors, they can never give the love that we have for him. If we wash him, we wash him very differently than the nurses do. They also do it with love. Many know him. They feel something for him. And the caretakers that don’t know him, say: ‘This patient really touches us’. They’ve also wept with us. And they were there in the moments of unrest.”