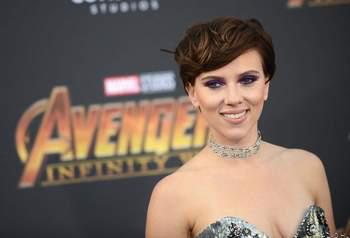 Playing Black Widow in Marvel’s Avengers movies has become a lucrative role for Johansson, who quadruples her 2017 earnings to bump Stone from No. 1. She’ll return onscreen for the fourth installment of the superhero conglomerate series in 2019.

Johansson edges Angelina Jolie (No. 2; $28 million) who returns to the ranking thanks largely to her upfront pay for Maleficent 2. Jennifer Aniston (No. 3; $19.5 million) still earns big bucks 14 years after the conclusion of Friends, making most of her money by endorsing the likes of Emirates airlines, Smartwater and Aveeno. Expect her paycheck to skyrocket next year when production begins on her forthcoming Apple series with Reese Witherspoon (No. 5; $16.5 million), for which the pair will receive an estimated $1.25 million an episode.

Just ahead of Witherspoon, who rejoins the list with movie earnings and Big Little Lies paychecks, is Jennifer Lawrence. The Hunger Games actress’ two most recent movies, Mother! and Red Sparrow, underperformed at the box office. But she still commands big bucks for her turns in the X-Men series and a high-paying Dior contract.

Together, the world’s 10 highest-paid actresses tallied a combined $186 million between June 1, 2017, and June 1, 2018, before fees and taxes. Earnings estimates are based on data from Nielsen, ComScore, Box Office Mojo and IMDB, as well as interviews with industry insiders. All figures are pretax; fees for agents, managers and lawyers are not deducted. Overall, the cumulative total is up 16% from $172.5 million in 2017.