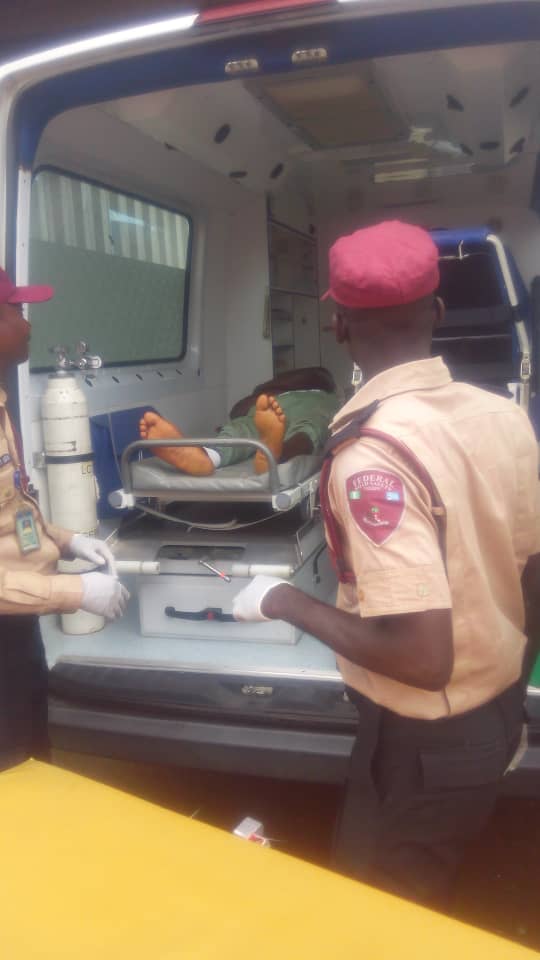 According to a statement by the command,, the lone crash involving a white Civilian Coaster Bus occurred as a result of over speeding around DANCO at about 1516hrs  yesterday.

The Injured victims were evacuated to FRSC Accident Emergency Clinic at Sagamu though four of the victims with more serious injuries were referred for further medical treatment at Olabisi Onabanjo University Teaching Hospital (OOUTH) Sagamu.

The FRSC Sector Commander Ogun State Command Corps Commander Clement Oladele advised Youth Corps members to always caution their drivers especially during this raining season and that where such drivers refused caution they should call FRSC toll free number 122 for the FRSC to take necessary disciplinary action against such erring drivers .