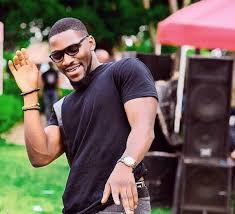 A Twitter user took out time to go through the list of his followers on
the social media app, and noticed some strange looking followers. The
user sharing supposed screenshots of the fake Instagram accounts
following him, with the caption;

“Well done sir!! It’s not a good look on you @tobibakre. For the love of
what you stand for, stop buying followers.”
Tobi Bakre then reacted, acknowledging that his Instagram follow was
‘tampered with’, but state that social media following has no
correlation to success in life. He wrote: 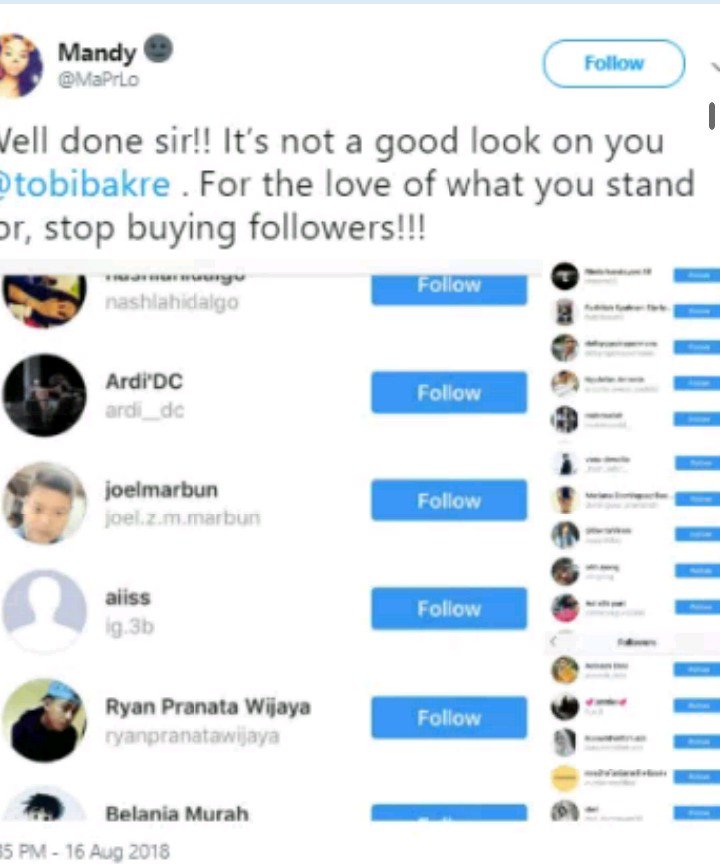 Quote
“To whoever tampered with my insta account. Wereva it came from.
Good or bad place. Success and happiness in life has no correlation
with social media following. So pls ehn. Bt to the people who took out
time and resources to be validating such. May God provide jobs for you
.”
Then he went ahead to tweet ‘Some social media lessons’. See what he
wrote below;
1. 10 followers who believe in ur goals and want to see u succeed is
better than 5m ffwers who are jst watching for ur next move or see
wat u r up to.
2. You don’t have to be so into the numbers. Put out content that best
relates to who you are as a person and ud attract the great things or
people dt wud fit into ur life and also make good impacts
3. Learn to live off social media. Your personal life shud be way more
fun and interesting that your social media. Jst had a fun work trip to
SA and most of what I did there didn’t get on here. I always say this.
4. Don’t live a lie on social media. One day u will carst and it wud be
really bad. Just live ur truth. It’s better not to say or put out anything
atal Dan giving a false sense of who you are. E.g. Don’t be thirsty in
girls dms and be posting fam picks and attacking men who cheat
5. When you come on here. Don’t judge. Don’t judge people atall. You
are not in their lives. U don’t know their realities. And even if u do. U r
Not God. Only baba G has the right to judge.
Don’t troll. I av seen people troll me and troll friends of mine. And I
just laugh. Cos they are so misinformed or far from actual reality. It’s
okay to have a perception. +ve or negative. But coming online to curse
out someone who doesn’t know u is demonic. U need deliverance.
In life, have a positive outlook. Make excuses for people. Preach love.
Make people happy. Trust me the universe will reward you. And if u
choose to do d opposite. The universe wud sure still reward u. Or ur
generation incase it escapes you.
Pls guys. If anybody comes out having nonsense to say. Kindly ignore
totally. You empower what you acknowledge. If you acknowledge
stupidity, you are empowering it. Empower positive people. Empower
wise talks.

1. 10 followers who believe in ur goals and want to see u succeed is
better than 5m ffwers who are jst watching for ur next move or see
wat u r up to.
— Tobi Bakre (@tobibakre) August 16, 2018