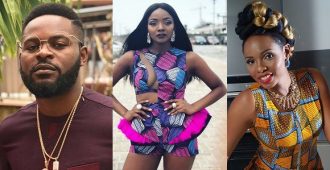 Falz the Bahd Guy has responded to NBC’s ban on his latest song, ‘This is Nigeria’ with claims that it contains vulgar lyrics. 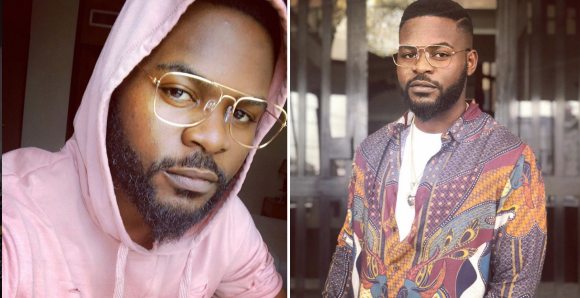 The singer shared a photo of the viral letter which issues a N100,000 fine to a Jos based radio station for playing ‘This is Nigeria’ and other songs, with caption:

“This is Nigeria. Look how we living now, everybody be criminal’ is apparently a vulgar line”.

“This is Nigeria. Look how we living now, everybody be criminal” is apparently a vulgar line ??

Rihanna’s response to photos of her yelling at billionaire boyfriend

Following Falz’ post, celebrities including filmmaker Kemi Adetiba, and actress Abimbola Craig, singers Simi and Yemi Alade, and rapper Vector, among others took to the comment section to express their disappointment

Kim Kardashian and Kanye West planning on a fourth child

Johnson Olumide - December 20, 2019 0
Reality TV star Kim Kardashian and her rapper beau Kanye West are reportedly planning on having a fourth child. According to USWeekly, an insider revealed that...

#BBNaija: Maria and Liquorose are going to be just like Mercy and Tacha –...

Violette - July 27, 2021 0
It might be the early days at the BBNaija season six reality show but fans have predicted that Maria and Liquorose will be rivals...

Violette - February 26, 2020 0
Popular night club owner and socialite, Cubana Chiefpriest cries out on social media as he revealed what his families are making him go through. Cubana...

Violette - February 7, 2020 0
Africa Magic have unveiled their nominations for the seventh edition of the Africa Magic Viewers’ Choice Award (AMVCA) with God Calling dominating the list. The...