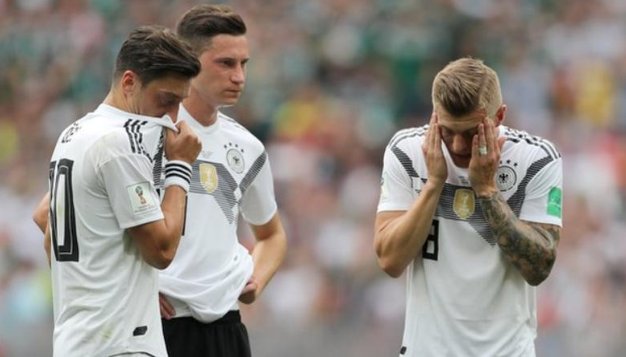 Reinhard Grindel who is the president of the German Football Association has tendered an apology to Arsenal midfielder Mesut Ozil following his decision to have quit international football.

Mesut Ozil retired from international football after the 2018 FIFA World Cup in Russia in which he explained that racism and disrespect masterminded his decision to have quit.

German FA president Reinhard Grindel has now apologized to Mesut Ozil claiming that the ex Real Madrid star should have been given more support in the aftermath of his country’s 2018 World Cup exit.

“I should have positioned myself more clearly given the racist attacks from some corners and I should have put myself in front of Mesut Ozil.

“Such attacks are unacceptable. I should have found clear words. I am sorry he feels let down by the DFB.

“It was always clear for me that we win together and we lose together. It would be absurd to blame one single player for our elimination,” German FA boss Grindel told Bild.

Meanwhile, Mesut Ozil and his Arsenal teammates have played two games this season in the Premier League against Manchester City and Chelsea without getting any point.