Home News God will continue to fish out bad eggs among us – Buhari... 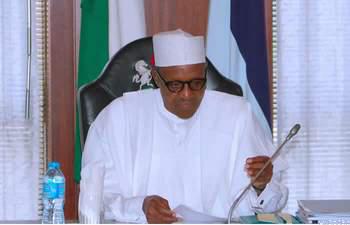 President Muhammadu Buhari on Thursday asked supporters of the ruling All Progressives Congress not to be disturbed by the recent gale of defections from the party. He said, “God will continue to fish out the bad eggs among us,” as the country approaches the 2019 general elections.

According to a statement by his Special Adviser on Media and Publicity, Mr. Femi Adesina, the President spoke at the commencement of the campaign rally for the Bauchi South Senatorial District bye-elections and the formal presentation of APC candidate, Gumau Yahaya, for the August 11 poll. He assured party supporters in Bauchi that his administration will continue to work hard to surpass its campaign promises for a better Nigeria.

The President Buhari told the rally that the APC-led government had remained faithful in implementing its campaign promise of improving the economy, securing the country, and the fight against corruption. He said, “The work we are doing is because of God, our country and you. I want to inform you that the knowledge we have garnered over the years, we won’t allow you to be cheated.”