Home News I Know Nothing About My Crime, Says Jones Abiri 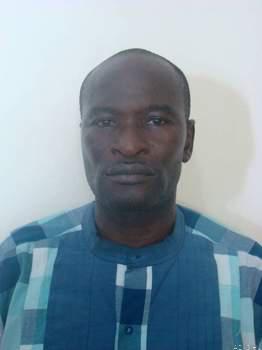 Jones Abiri, the Bayelsa journalist who has been in Department of State Services (DSS) detention for two years, says he knows nothing about the alleged crime for which he has lost his freedom for two years running. Abiri, publisher of the Weekly Source, a newspaper based in Yenagoa, Bayelsa State, was arrested in 2016 for allegedly being the leader of the Joint Revolutionary Council of the Joint Niger Delta Liberation Force, a separatist group.

He was also accused of threatening to bomb oil installations. Speaking with reporters after he was arraigned in court on Thursday, Abiri denied threatening and demanding money from oil companies. “The alleged offence was that I sent a threat message to Nigerian Agip Oil Company and Shell, demanding the sum of N250 million from them… I don’t know of this,” he said.

He said, “As a journalist and publisher of Weekly Source Newspaper, a regional newspaper in Niger Delta, people come to my office to anchor press release for them… Since 21st July 2016, I have been in DSS detention for an alleged offence. It’s been a pathetic situation for me to have been facing this persecution. I know very well that by the divine mercy of the Almighty God, I believe and I’m so resilient that I will come out successfully from this case.”