Some days ago, former P-Square manager, Jude Okoye, revealed that
his first nights in Lagos were spent under a bridge.

Giving further details to Sunday Scoop, Okoye said, “I had my first
album done in Jos in 1995 and all the friends around me told me that
it was good and record labels would pay me good money for it. As a
result of that, I took a flight of N2000 from Jos to Lagos in search of a
record label that would pay me for the album. I went with two empty
Ghana-must-go bags because I expected that they would pay me a lot
of money. 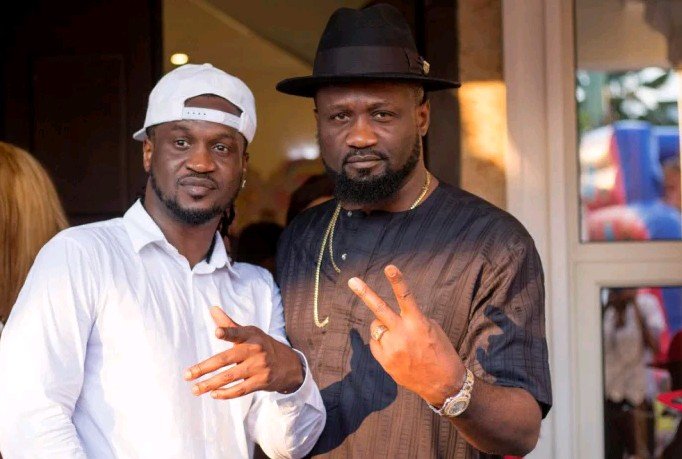 Even though I didn’t know anybody there, I went to Ivory Music to see
the talent manager. But when I got to the company, they told me that
he was on leave and I would have to come back the next week. That’s
when reality dawned on me because I hadn’t planned on how I was
going to get back to Jos. From there, I went to the Ijora motor park
hoping to take a bus back to Jos. On getting there, I found out that the
bus fare was N600. I didn’t have that money so I ended up sleeping
under the bridge. Being that my mother was a prophetess in Jos; once
in a while, I ran into people who knew her and they gave me some
money.
From there, I was able to get an attachment bus ticket, which meant I
had to stand all through the trip from Lagos to Jos. After that
experience, I still went back to Ivory Music two months after. It was
then I met Zaaki Azzay and he shared his experience with me. The
songs on my album were purely hip hop and he advised me to infuse
some Nigerian flavour into it to make it more marketable.
When I eventually met the talent manager, a certain Mr. Morgan, he
collected the tape and told me to come back in two weeks’ time.
Meanwhile, I didn’t have a place to stay for that period so I had to
squat at Bright Chimezie’s boys’ quarters with his friends at Ogba area
of the state. When I went back to Mr. Morgan after two weeks, he
didn’t recognise me. At that point, I was frustrated and I told them to
give me back my tape. Still, I didn’t give up and I released my songs in
Jos.
I became a local champion because the songs were popular then. From
there, I decided that maybe a music career wasn’t meant for me and I
focused on my kid brothers. Then, they were just dancers and weren’t
known as P-Square. I wouldn’t say I sacrificed my career for them
because it wasn’t working for me anyway.”

Continuing, he said, “At a point, I also went into Nollywood and I
worked with people such as Jim Iyke and Ramsey Nouah. P-Square
even made cameo appearances in some of my movies then.”
Stating that he is not ready to sign any artistes for now, Jude said,
“Signing artistes is what every established entertainment entity should
be doing. However, the calibre of up and coming artistes that we have
today are just after being famous. They don’t even want to know
whether they have what it takes to stand the test of time or not; they
just want the money. Nobody wants to pay the price. I’m not saying
that everybody should go through what I went through but there is a
price to pay. But people just want to jump into the studio and buy big
houses and cars. They then go on social media to rubbish the efforts of
the people that helped them. Those are the things that discourage
people. For someone like me with the reputation I’ve built, I don’t think
I would let any up and coming artiste mess me up. I am not ready to
sign any artiste for now.”
On whether he has hopes for a P-Square reconciliation, Okoye said, “I
don’t want to talk about that. I have not made any comment on that in
years and that is my decision.”
Commenting on the deal he signed with his former artiste, Cynthia
Morgan, Okoye said, “I really don’t want to talk about anything that is
behind me. I signed her and when her deal expired, we all went our
separate ways.”
Speaking on his current projects, he said, “What I am doing now has
nothing to do with entertainment. I am going to live and die in
entertainment so I am not leaving the industry but the mistake I made
was to make entertainment my major source of livelihood. Now, I am
trying to change that.”

Nigerian Duo’s, Psquare reportedly postpone their show due to some setbacks