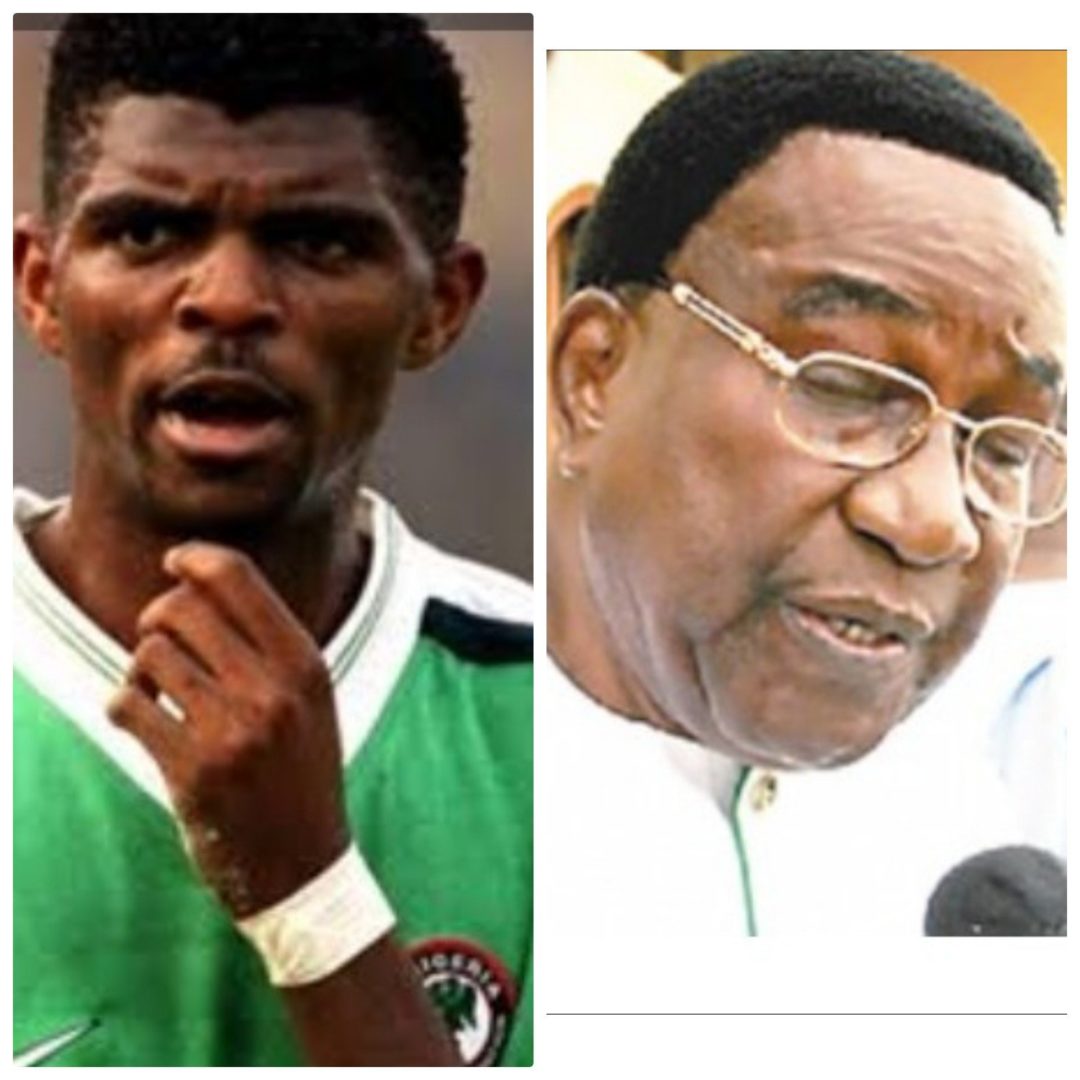 Jim Nwobodo, a former old Anambra governor, has revealed some
events that happened during the Atlanta 1996 Olympics.
A former governor of old Anambra State, Chief Jim Nwobodo, relives
the victory of the Super Eagles in Atlanta Olympics of 1996 and how he
saved Kanu Nwankwo from Coach Westerhof. 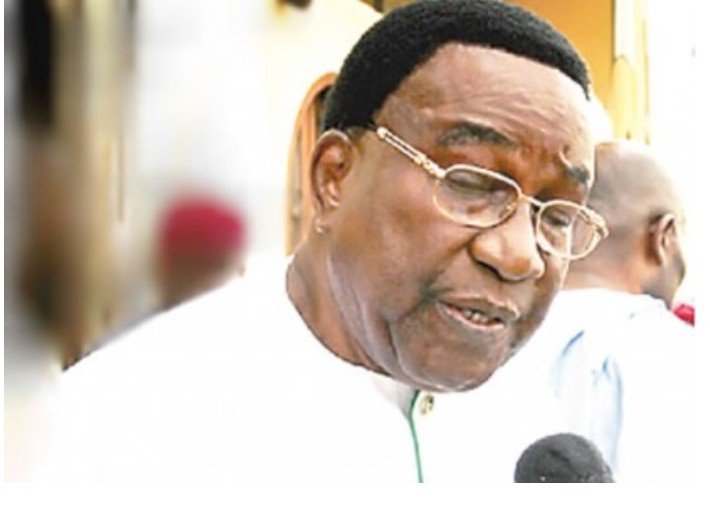 The Super Eagles won the gold medal in the Atlanta Olympics in 1996
when you were the Sports Minister. Can you share with us the story of
what happened then?
They (Super Eagles) beat Japan, beat Brazil and also beat other big
teams. That was the time we had wonderful players. You can only
know the best team when they go out of the country and play the best
teams in the world. Mikel Obi is playing in China and there are other
young boys like Alex Iwobi, Ahmed Musa, Kelechi Iheanacho and many
others.
There is one thing I like about Nigerian football. Nigerians are football
lovers, there is no doubt about that and football has the ability to unite
Nigerians.
I remember very well the 1996 event when we played in Atlanta
Olympics. Nigeria was a pariah nation. The day we reached the climax
was the day Nigeria met Brazil. We had a very strong team, those who
were determined to do their best to make Nigeria proud.

Two things happened that day. We got into the field and, in the first
half, they (Brazil) were leading Nigeria by 3-1. I sat by the side of then
– FIFA President, Joao Havelange, a Brazilian lawyer, businessman
and athlete who served as the 7th FIFA President from 1974 to 1998
and I told him we will beat Brazil and he started laughing because we
were two goals down.

During the half time break, I went to our boys in the dressing room and
called them one by one, starting with Sunday Oliseh, then Daniel
Omokachi, Kanu Nwankwo, Jay Jay Okocha, Victor Ikpeba, Celestine
Babayaro and others. I urged them not to disgrace me and Nigerians
and they assured me that they will beat Brazil. I then called the coach,
Clemens Westerhof, who complained that Kanu was not playing well
and that he would remove him. I ordered him not to remove the young
man. I threatened to sack him if he removed Kanu. He complied with
my order and allowed Kanu to play in the second half. In the second
half, Okocha scored the second goal, making it 2-3; another goal was
scored by Kanu to make it 3-3 and second half ended. In the extra
time, we had what is called the golden goal then and, five minutes
after, Kanu scored the golden goal and the match ended. Everyone was
surprised but God was at work and I heard Him (God) when I said Kanu
should not be removed. Kanu became the man of the match. We were
excited and many whites and many Africans, who did not know about
the Dream Team, started painting themselves in green white green. I
was also told that families that were not in talking terms for ten years
reconciled because of that match.

Then – Head of State, General Sani Abacha, who was not in the habit
of answering telephone calls, called almost all of us, including my wife.
He did not stop there. He had to wait for us alongside some state
governors for two days under the rain at the City Gate, Abuja when we
returned to Nigeria and that was what that victory did to Nigeria. What
a sweet victory!
The second thing that happened was that Chioma Ajunwa told me that
she and other Nigerian athletes were yet to be paid their 300 dollars
per day on the day she would compete. I saw reason with her but I told
her it was a very small amount. I promised her that I will give her
10,000 dollars if she won a gold medal, she was shocked. I advised
her to go for the long jump if she was good at that. Her first jump
earned her gold medal for Nigeria and I gave her 10,000 dollars. This
thing is about leadership and encouraging people around you.

So, sport, in itself, is something that, if properly developed, will bring
the country together. Look at what sport is doing in the world today. If
you are a sports administrator, you are known all over the world. FIFA
President is bigger that any President in the world. My worry is that
Nigeria has not given proper attention to sports.
What is your rating of journalists in Nigeria?
Nigeria has the freest press in the world; journalists write anything
and get away with it and they hold people accountable and nobody can
fight them. In Nigeria, I can say that we have a very free and strong
press. I really don’t see anything wrong with what they are doing,
except that they should always get their facts right.

What is your take on employers owing workers?
Any employer that owes his workers should not expect them to be
loyal to him. Such could expose workers to temptation because they
have to take care of themselves and their families. It is not good to
owe your workers; whether they are journalists, footballers, civil
servants, you don’t need to owe them. Workers deserve their wages.
So it is not good at all. You should do everything possible not to owe
your workers.

What about state governments owing workers?
I mean it’s unfair. It is ungodly and unchristian. If you don’t pay
workers, what do you want them to do? In fact, when I was governor, I
didn’t have anything as salary arrears. Throughout my stay in
Government House, I never owed anybody for one month because one
thing you do as a leader is to pay your workers before any other thing.
That is the first charge and, from there, you motivate them to work
harder.

So, any governor that owes workers for months is not fit to be a
governor. Although, some governors have said that the problem about
payment of salaries stems from the many problems confronting them,
that argument does not hold water because you can still sit down and
arrange your budget to make the recurrent less than the capital. You
give capital budget priority over recurrent.

Osaze Odemwingie apologizes to Kanu for calling out his wife, Amara, blame Nigerians for escalating the issue