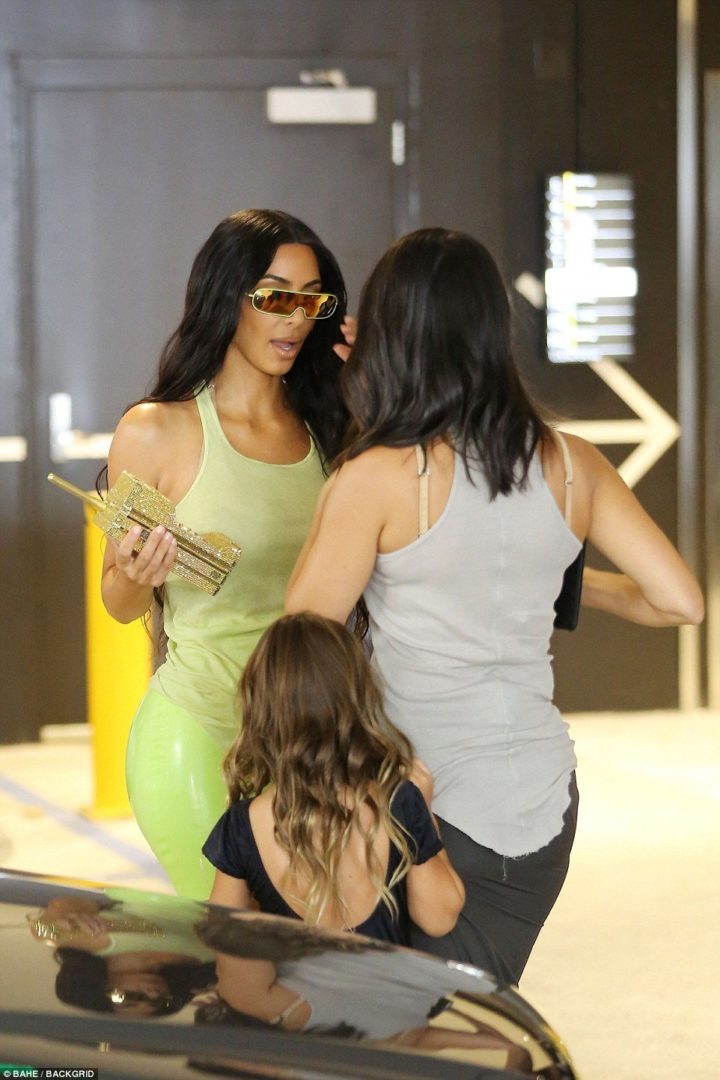 Kourtney Kardashian has been seen for the first time since she split with Younes Bendjima.

And she was not alone as she was joined by younger sister Kim Kardashian who had slammed Kourtney’s now ex on social media just before the outing.

The sisters arrived for an appearance at the Westfield Mall in Century City on Tuesday.