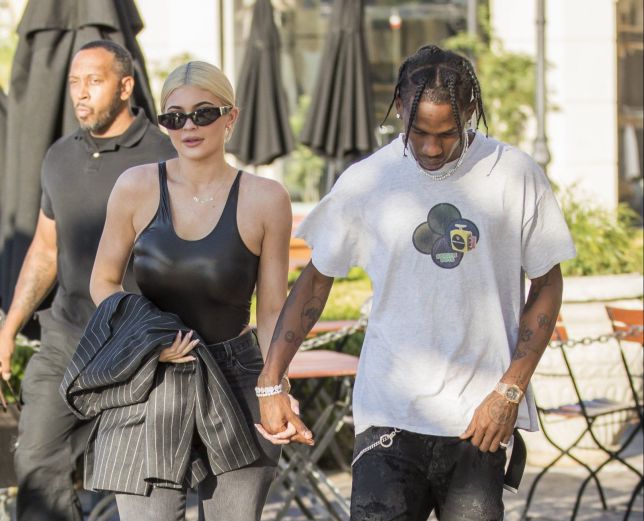 ​It’s long been rumoured Kylie Jenner and Travis Scott are engaged as the youngest KarJen sister has often been spotted wearing a diamond on her ring finger.

The Keeping Up With The Kardashians star could be even closer to wedding her baby daddy (if she hasn’t secretly already!) judging by a recent trip to an LA jewellers. 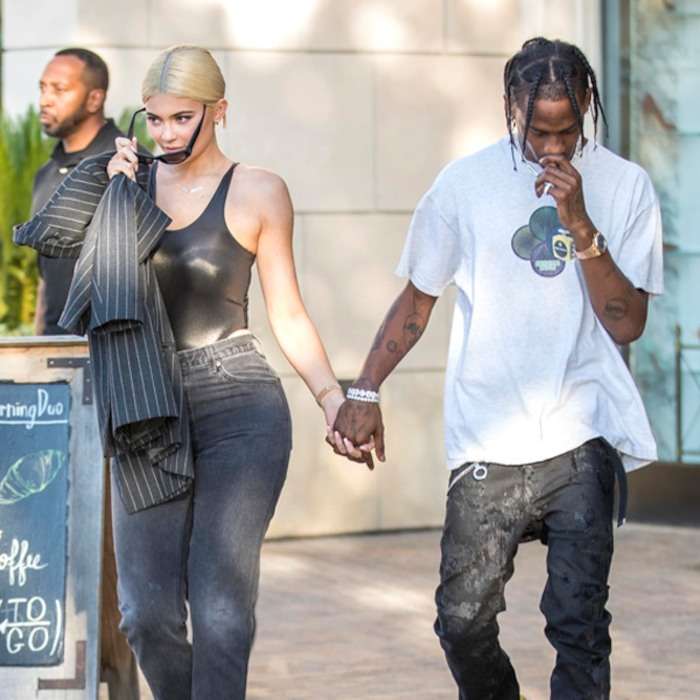 The pair were spotted shopping at Polacheck in Calabasas, and it’s been claimed they may have been buying themselves some wedding bands during their trip, leaving with little bags containing their purchases.
Is there a wedding in the very near future?!

Or could there have been one already? She did manage to keep her pregnancy – and birth – secret until she was ready to announce them.

It was their first public outing since Kylie’s huge 21st birthday at the weekend, which ended in drama when one guest, Tammy Hembrow, had to be taken away in an ambulance.

The model was wheeled out of the bash on a stretcher and loaded into a waiting ambulance, the soles of her feet blackened and her face appeared badly bruised.

Designed by LaBourjoisie, the jumpsuit featured 70,000 Swarovski crystals and took 10 days to create.

She celebrated alongside her sisters and had a ‘traffic light’ theme to her drinks – with pink cups meaning taken, yellow meaning single af, and green for it’s complicated.

Kylie then went on to celebrate in Las Vegas, further marking her big birthday by partying to Drake’s tunes with a humongous birthday cake and tequila shots.

That girl knows how to do birthdays.

Violette - February 18, 2020 0
Controversial singer and songwriter, Naira Marley set to turn a new leaf as he his ready to begin a new adventure in his life. Known for...

Johnson Olumide - April 1, 2018 0
Big Brother Naija housemate Teddy A wept this night after his in-house lover,Bam Bam was evicted in a shocking manner this evening . He wept...

The love of my life is 30, i cant keep Calm – Mocheddah celebrates...

Johnson Olumide - May 17, 2020 0
The love of my life is 30 and i cant keep calm where the best words Nigerian Rapper and Singer  Mocheddah used to describe her...

You don hear the mata or you no get data? Zlatan Ibile set to...

Violette - July 1, 2020 0
You don hear the mata or you no get data? Zlatan Ibile set to do data giveaway says in a new video. The Zanku dancer...

I’ve never been married..looking for a man to marry me now – Actress, Nkiru...