Emery tasted defeat in his first game in charge at the Emirates as the Gunners were beaten 2-0 by Manchester City on the opening day of the Premier League season.

The Spaniard has called for full commitment ahead of Saturday’s trip to Chelsea and insists Ozil, who has been criticised in the past for a perceived lack of effort at times, will be expected to give his all when defending for the team. 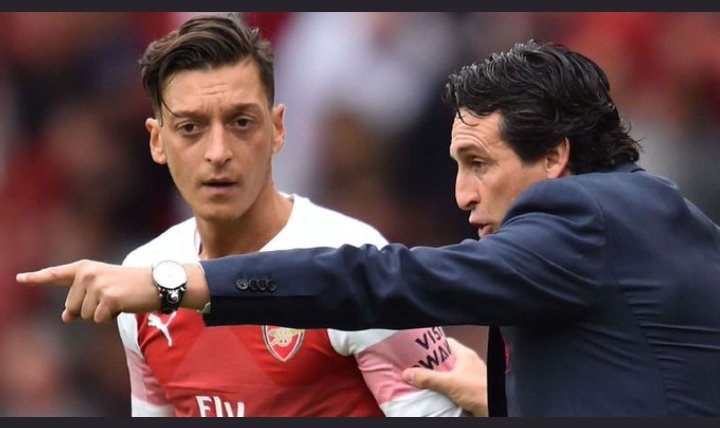 When asked about the defensive duties placed on Ozil during the defeat to City, Emery replied: “Every player needs to [defend] in the true moment of a match.

“There are defensive moments and attacking moments. Every player each needs this commitment. For me, we need to start together, whether we are attacking or defending. I want that from every player.

“The position, [Ozil] is playing all his career like a number 10-player, like a right-winger going inside to receive the ball.

“It’s clear he needs the ball more to give more options in the attacking moments. He needs to do [it] in each match, be demanding for us but defensive moments are for each and every player.”

Arsenal Can Only Afford Players on Loan – Unai Emery