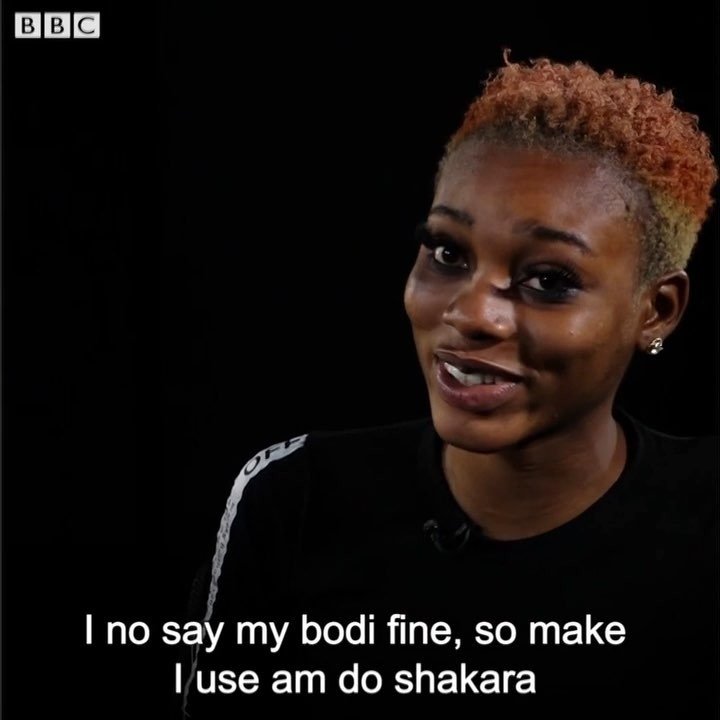 She recently featured in a new documentary by BBC Pidgin, and she disclosed that she makes N100,000 per movie.

According to Savage Trap Queen, when she started building a career in the industry, she was using a mask before she got over it. She further disclosed that she know she has a beautiful body, and is just making money off it.

This year alone, the she has featured in three adult movies; one lesbian shoot and two heterosexual acts. Savage Trap Queen also disclosed that she might be into the act, but her mom still loves her all the same.