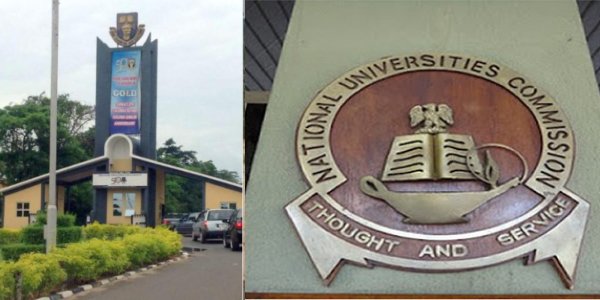 Obafemi Awolowo University(OAU), Ile-Ife, has lost accreditation for four of the courses offered in the institution.
The four courses include law, dentistry, medical rehabilitation and botany. Prospective students who selected any of the four courses in the just-concluded Unified Tertiary Matriculation Examination (UTME), have been asked to change their course or institution.

It was learnt that the approval to offer the courses at the university, was suspended by the National Universities Commission (NUC).

The message sent to the candidates by the Joint Admissions and Matriculation Board read: “Your first choice course did not receive accreditation. Login to your profile and change course/institutions.”

Daily Independent gathered that the accreditation of Faculty of Law at the OAU was earlier withdrawn in 2006. It was also learnt that Botany never got full accreditation since its commencement at the OAU.

It had also been reported before now that University of Abujalost accreditation in 14 out of its 45 courses, according to official documents. The university’s director of Centre for Distance Learning (CDL) Professor Siyan Peter has been removed and replaced with Professor Odumuh Theresa.In a press conference on April 10, 2016, the Vice Chancellor Professor Michael Adikwu denied that the university has lost accreditation in key disciplines, hiring of 200 workers illegally and also denied that the CDL director was under probe over alleged diversion of funds only to remove him on the day his denial was published on Monday last week.

The university’s deputy registrar information, Waziri Garba also denied the allegations in a letter to Daily Trust published on April 15, 2016. After these denials, the vice chancellor contradicted himself in an interview with Daily Trust where he said by the time he took over, most courses were not accredited and those that were last accredited were as far back as 2005 and 2009.

On CDL director, he said he was sacked, saying “we didn’t send him away because of corruption… the only accusation was that there is a charging that is going on,” he said.