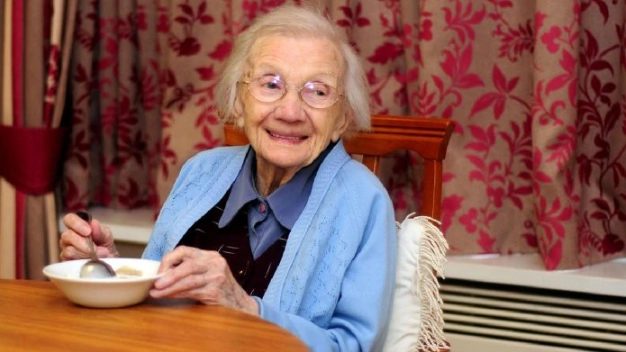 If there is one question every Nigerian wants answered, it is just how one can push past the health challenges life presents and live long on the face of earth.

Jessie Gallan, a 112-year-old Scotland National, puts herself to the task of sharing her secret to a living a full long lasting life that is just as well fulfilled. The Aberdeen-based woman believes that by making her secret ours, we are sure to tow in her path to a lengthy, healthy stay on earth.
According to the granny, three crucial things have kept her living till now. There is the fact that she smiles a lot and takes porridge in the morning.
But the most important of all is that she stays away from men. This singular act of abstinence, the old lady says, has kept her alive all through the years.
In a recent interview she had in her homeland, Jessie said that throughout her life she has warded off men and avoided any marriage of any sort. To her, men are too much of a problem and are not worth her time or anybody’s time for that matter.
Rather than pay attention to the advances of men, Jessie takes to exercising every day to keep herself youthful.
In her own words, Jessie tag men as too much trouble and bad apples when it come to healthy living:
“My secret to a long life has been staying away from men. They’re just more trouble than they’re worth. I also made sure that I got plenty of exercise, eat a nice warm bowl of porridge every morning, and have never gotten married.” she said.
But we can’t exactly say Jessie’s secret and way of living is a first. Although, there is quite no woman that has lived so long without getting married, there are some nuns that go unmarried all their life (some of them actually have been married once in their lifetime). 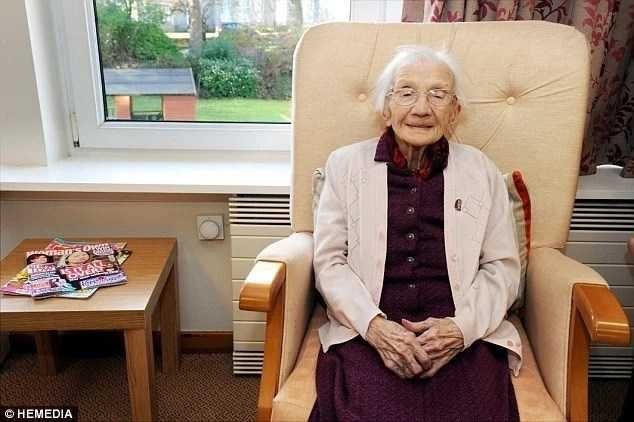 But we wouldn’t want to go there. Instead, you would want to know about the 50-year-old woman who decided to remain unmarried in order to keep looking young and healthy. Like Jessie, the seamstress from south Norwood in London believes that the secret to remaining young and living younger is avoiding the troubles of marriage.
The lady with the name Elizabeth Young is wrinkle free and with a petite, slim figure which she flaunts in mini gowns and other beautiful dresses. According to her, not having to deal with giving birth to children or coping with in-laws has proven to be the best therapy for keeping fit and living longer.
What do you think of this newly shared secret?