Omoyele Sowore, presidential aspirant under the newly formed
African Action Congress (AAC) and publisher of Sahara Reporters,
stormed the headquarters of the Nigerian Police Force with
members of the #TakeItBack movement to demand the release of
detained Premium Times reporter, Samuel Ogundipe. 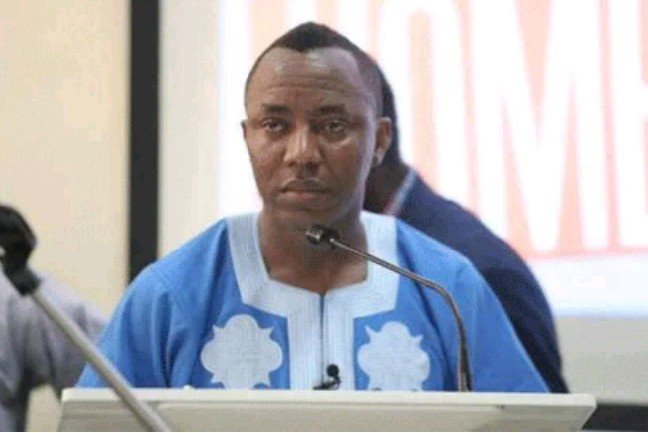 In very high spirits, they sang, cheered, and respectfully aired their
intent of taking Samuel back and ensuring he gets his freedom. They
were resisted and teargassed by the police.
Undeterred, they stood their ground, stating that they won’t leave
until Samuel was released unconditionally.
The force’s PRO, Jimoh Moshood, came out to address them and
apologized for the acts of his colleagues. He said their message
would be relayed to the Inspector General and he will ensure it
reaches a logical end.
This isn’t the first time Sowore will be leading protests and
defending the defenseless and voiceless. He has a track record of
championing fearless struggles for the common good.
His activism days started at the University of Lagos, where he was a
student, at the young age of eighteen. He has led several protests
and was a key part of the Abiola/Abacha struggles of the 90s.
Samuel Ogundipe has finally been released. All thanks to Omoyele
Sowore, the #TakeItBack movement, and all Nigerians of good faith
who joined and supported the movement from different parts of the
globe.