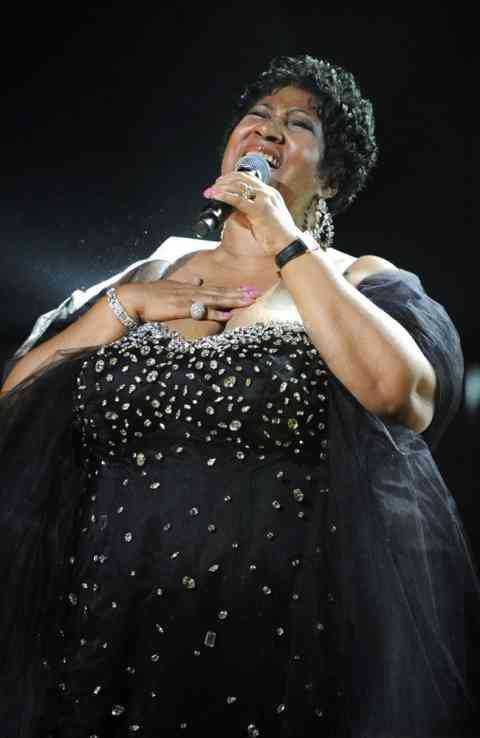 President Donald Trump and former presidents Barack Obama and Bill Clinton have paid tribute to the late Aretha Franklin.
The Queen of Soul passed away at the age of 76 surrounded by her family at her home in Detroit after a battle with pancreatic cancer on Thursday (16.08.18), and the politicians are among the legions of public figures to have paid tribute to the ‘Respect’ hitmaker.
The current president tweeted: “The Queen of Soul, Aretha Franklin, is dead. She was a great woman, with a wonderful gift from God, her voice. She will be missed! (sic)”
Clinton and his wife, former presidential hopeful Hillary, issued a lengthy statement about their sadness over the passing of their “friend” – who performed at his first inauguration in 1993 and second term celebrations four years later – and hailed her “one of America’s greatest national treasures”.
They statement read: “Hillary and I mourn the loss of our friend Aretha Franklin, one of America’s greatest national treasures. For more than 50 years, she stirred our souls. She was elegant, graceful, and utterly uncompromising in her artistry. Aretha’s first music school was the church and her performances were powered by what she learned there.
“I’ll always be grateful for her kindness and support, including her performances at both my inaugural celebrations and for the chance to be there for what sadly turned out to be her final performance last November at a benefit supporting the fight against HIV/AIDS. She will forever be the Queen of Soul and so much more to all who knew her personally and through her music. Our hearts go out to her family and her countless fans.”
Aretha also performed at Obama’s inauguration and he issued a heartfelt statement on behalf of himself and his wife, Michelle.
They said: “Aretha helped define the American experience.
“In her voice, we could feel our history, all of it and in every shade ― our power and our pain, our darkness and our light, our quest for redemption and our hard-won respect. She helped us feel more connected to each other, more hopeful, more human. And sometimes she helped us just forget about everything else and dance.”
The pair went on to praise the ‘Say A Little Prayer’ singer’s “compositions and unmatched musicianship”.
They added: “Every time she sang, we were all graced with a glimpse of the divine.”
Whoopi Goldberg, Mariah Carey, Adele and Nicki Minaj are also among the famous faces to have paid tribute to the singer.
Whoopi shared a number of photos of them together and tweeted: “Aretha Franklin QUEEN of Soul, voice of a generation, one of a kind,took no crap+she didn’t fly, she wore fur 2 an inauguration & dared someone2 say something,she is now in the pantheon of Gods greats,in the busom of family. She was my friend,condolences 2her family&2 us all (sic)”
Meanwhile, Mariah hailed the late star her “inspiration and mentor”.
She posted: “Aretha Franklin. The Queen of Soul. The Icon. The ultimate singers’ singer. The greatest singer and musician of my lifetime. The power of your voice in music and in civil rights blew open the door for me and so many others. You were my inspiration, my mentor and my friend.”
Adele has been left “heartbroken” by Aretha’s death.
She wrote on Instagram: “I can’t remember a day of my life without Aretha Franklin’s voice and music filling up my heart with so much joy and sadness. Absolutely heartbroken she’s gone, what a woman. Thank you for everything, the melodies and the movements (sic)”
And Nicki said: “She is the icon of all icons. I don’t know anyone who she hasn’t inspired.”
READ ALSO
The Game Disses Meek Mill by sharing a Photo-shoot Photo of him and Nicki Minaj

Johnson Olumide - March 21, 2020 0
Curvy Nigerian Nollywood actress Anita Joseph traveled to new York  some days ago, then  shared a video soliciting to Nigerians to vote. In the video,...

Adedokun Moses - February 19, 2020 0
Afrobeat singer and songwriter, Olamide have taken his game to another level as he sign a huge deal with Empire Record Label. Olamide who was...

Violette - July 6, 2020 0
The wife of the popular Nollywood actor Maureen Esisi has come out to test her chance at the new reality show edition. The new edition...

Johnson Olumide - March 5, 2018 0
Rick Ross is apologizing for comments he made on The Breakfast Club earlier this week. In case you missed it, the rapper went on the...