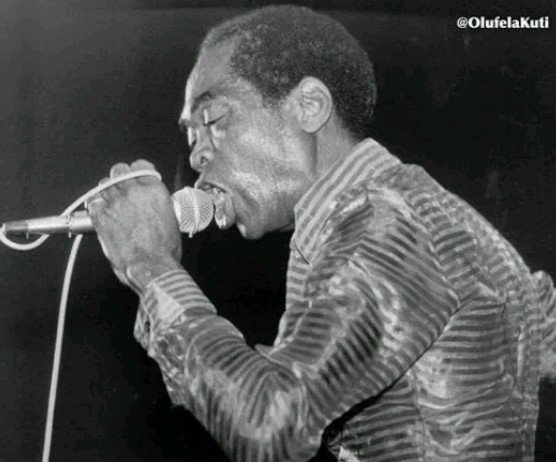 Today, the world marks the 21st anniversary of the of late Afrobeat pioneer and legend, Fela Anikulapo Kuti.

In this extremely detailed piece that documents the last days of ‘Abami Eda’. the story of his last days come to bare and details of how Fela refused western medicine till it was too late. Read below…

1997 was also the beginning of themanifestation of the cycle: Fela’s rejuvenation. Though strong for important days, Fela was already a shadow of his former self in February. His body was too thin for his head, his skin dry, spotty, like they’d been sucked from within. Loads of white hair on his head. In March, Fela had his most expensive show ever.

3,000 Naira (about $27 dollars then. $27 dollars today is almost 10 thousand). “Fela at the Muson” was a huge success. As rich people and foreigners came to watch Fela. Fela was warned prior, that no marijuana smoking should
be done on stage, no provocative dances either.

Fela would break those rules barely 5 mins in. Fela, by one of his boys side stage, had been provided with a big blunt. The music was however enthralling especially for the bass-filled rendition of ‘Clear Road for Jaga Jaga’.

By the time Fela got to ‘Condom Scallawag and Scatter’, the provocative dances came. Fela began to grab at the vagina of his dancers, making different sex poses as he danced with them.

An act which shocked those who were seeing him for the first time. The music was bubbling as the chorus “Baba Obo” rang through. The crowd was well  pleased with Fela’s performance giving him a wonderful applause at the end. Similar to his Yabbis Night speeches, Fela during the course of the show had complained of the country’s situation, sighting that the country was actually getting worse.

While not finger pointing at Abacha specifically, Fela
dribbled around his main point: the government. Everyone
went home that night and the world seemed at peace. A
few weeks after, NDLEA agents with armed soldiers
swooped down on Kalakuta. This time with more fire
power. Fela who had been arrested and magically released
with a National TV declaration in ‘96 for Drug charges,
had done enough. Fela had been left to smoke and remain
in his own corner. Now, ‘Kalakuta Show’ began to
spin That gruesome day in March of 1997 saw Fela and
the Kalakuta clan in a situation they’d been in, many
times. The armed soldiers began to ransack the premises,
Fela who must have been in his room smoking wasn’t
expecting the ‘visitors’.
It was February 18, 1977 all over again, and while it
wasn’t Fela’s mother who was thrown down from the
balcony again, it was Fela’s heart and trust. It may have
been the last straw that broke the camel’s back. Members
of the Kalakuta abode were all hauled to prison. Fela
himself was handcuffed, paraded before newsmen and led
behind bars. Many who saw Abami that day were aghast!
Fela looked frail and undeniably there was sorrow in his
eyes.
He wasn’t smiling like he normally would. The Abacha
regime had another win. Beko behind bars, Wole fled the
country, and now Fela was in custody. The government
used the ‘cut the head, and the body will shrivel’
technique. As many of the famous activists found
themselves dead, forcefully exiled or behind bars, the
reality of the sovereignty began to dawn vividly to
Nigerians. The Fela images were to humiliate him around
the world. Not even Abami couldn’t be touched. Fela
resulted to a well known explanation for his predicament:
his own enemies were right there in Kalakuta.

The spirits can’t help him if some of his own people aren’t
with him. Fela was brought before General Bamaiyi of the
NDLEA again. The same man who had said Fela could
smoke marijuana on TV now rescinded his words. Fela
was banned from smoking. He told Bamaiyi that he
couldn’t fuck, eat, or sleep without marijuana. A logic, – a
medical condition of drug dependence, would be one of
the points used in Fela’s defence. Nonetheless, Fela was
sentenced to 10 years imprisonment and the Kalakuta
shrine was closed. But the spirits wouldn’t just abandon
Fela.
After some time, Fela was released on bail. The
Government had obviously shaken him and made their
message clear: they were always watching. It was in this
imprisonment that some of the Kalakuta brethren,
especially some wives believe Fela was injected with what
eventually killed him. A theory or reality? Life continued
Fela’s supposed last show was June 14, 1997 at a Port
Harcourt Show with Geraldo Pino. It was clear that the
magic and fire were gone. Fela himself ordered the band’s
quick return to Lagos, despite some opposition. Upon
return, Kalakuta went back to its own business: loud
music, laughing, fighting. But Fela was always in his room.
Despite attempts by Yeni and Femi to give Fela Western
medicine, he wouldn’t take it. When they managed to put
some in his water, Iyase, one of the Kalakuta women
would go tell on them to Fela.
With that, Fela concluded his own children couldn’t be
trusted. And even his beloved Sola couldn’t touch him
anymore. Fela could no longer play at the Afrika Shrine-
Seun, Dede, Baba Ani and Femi (with his ‘Sunday Jump’)
kept the place bubbling. On July 21, Fela finally accepted a
last chance and was moved to Victoria Island Consultancy
and Hospital services. It was during this time that news
broke that Fela was dead. A rumour his family was quick
to shut down. Fela resisted the treatment at first but
accepted it later on.
He also refused to watch TV while he was on the sick bed. 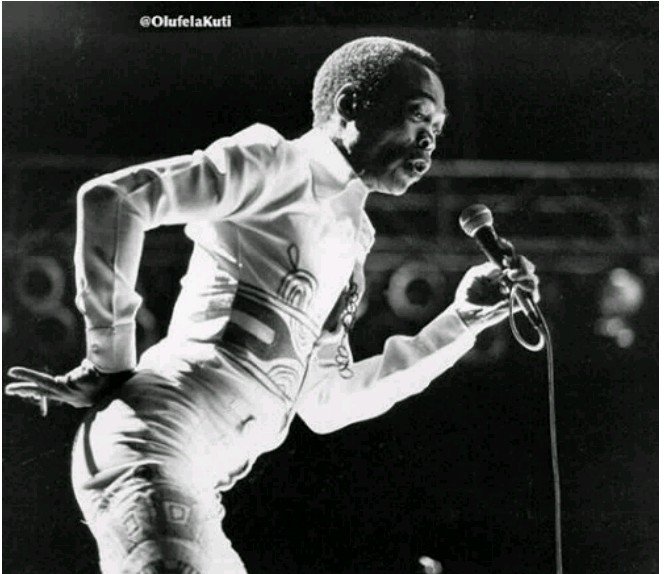 On July 23, Fela who had been mostly unconscious, woke
up and asked for a doughnut. Funke, Femi’s then wife,
brought some from Mr Biggs. The tests confirmed that Fela
had AIDS. At midnight, he asked for rice. Rasheed
Gbadamosi, a pal of Fela, had his wife cook some and
bring it. On Friday, August 1, 1997. There was persistent
and powerful RAin, for those who knew, Fela, Ra, was
showing his final prowess.

Femi who was supposed to perform that day in Ikeja,
couldn’t. August 2, Chima the room aide beside him, saw
him breath his last, at 5:30 after a rapid and lengthy
breathing. Before the hospital staff arrived, Fela died of
heart failure, the third one within a month’s span and the
final. For a split second, it was as if time froze. RA, had
passed away.
The staff confirmed he was dead and with that, members
of his family began to rush in. Dotun arrived first on scene,
followed by Femi, Yeni, Sola and Funke. His elder brother
Koye followed next. Koye had earlier gone to Beko’s house,
with Gani Fawehinmi and other activists to celebrate
Beko’s birthday
The Ransome-Kuti, Anikulapo-Kuti family released a press
statement at 9, that Fela was dead. A press conference
was to take place at the Afrika Shrine, on Sunday, August
3 at 4 pm. Armed with the press statement, news reports
began to fly around world wide that Fela was dead. Radio
stations began to play his music, breaking news reports on
the International and National news.
The shrine was in complete remorse: many couldn’t
believe it. But they all shared the same certainty: Abami
Eda wasn’t dead, he was still very much alive and now
would always be with them in spirit.
Special thanks to Mabinuori Idowu, Kevwe Kuti, Lanre Kuti,
Majemite Jaboro, Damiregba Kuti, Ihase Kuti, John Collins
and Carlos Moore whose detailed explanations of Fela’s
last days enabled this piece….