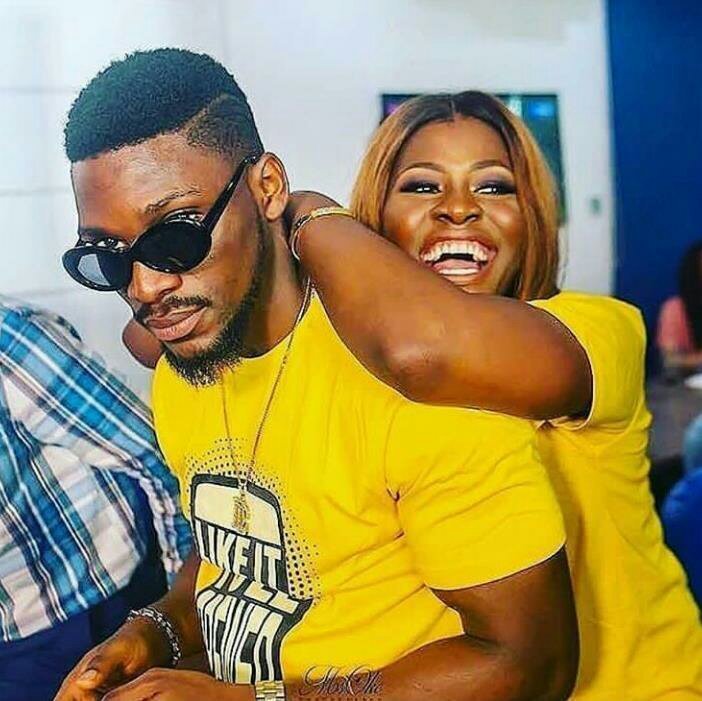 It’s been three months since the third edition of the Big Brother Naija reality show yet the drama from it is still hovering around with a stranger threatening to pour acid on Cee-C.

The angry and unknown person sent a mail to Cee-C where it was stated that she allegedly pays people to troll former housemates, Tobi and Alex. Then the non-fan went to write about how Cee-c should expect an acid bath when next she is spotted.

“Since you won’t tell your fellow bitter fans to stop trolling Alex and Tobi. I will teach a lesson you will never forget in your miserable life. You are a bitter short witch. Tobi has moved on from you. U should do the same. It’s not by force. You pay people to troll them every day. I know where you live and I will fuck you up. Be prepared. Anywhere I see u, I’m going to pour acid on Ur face. As a scar, you will never forget in your life. I won’t kill you but I will bath your face with acid,” the message read. 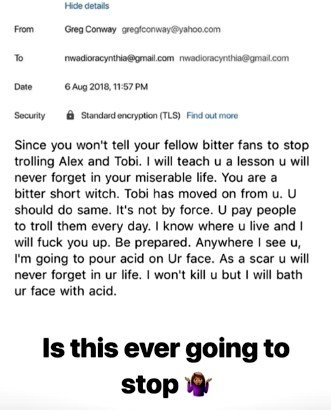 This is quite a disturbing message and shouldn’t be taken likely as sometimes these people stick through with their plans.

Since the end of the third edition of Big Brother Naija the housemates have been in the news for various reason; from receiving scholarships to birthday gifts and even graduating from university.