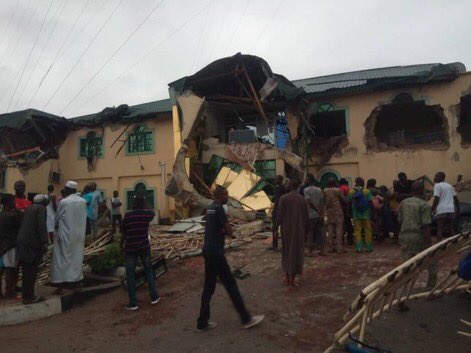 Toye Arulogun (Toyin Arulogun), the Oyo State Commissioner for Information, has reacted after Yinka Ayefele called him outin a statement and accused him of being the mastermind behind the demolition of his Music House.

Mr Ayefele’s music house was controversially demolished by the Oyo state government on Sunday. And in an official statement, Yinka alleged that TOYIN ARULOGUN (correct name for Oyo State Commissioner for Information is Toye Arulogun) suggested the demolition.

According to Yinka, Toyin Arulogun was the one who started the demolition case and the one who finished it.

In a telephone interview with Premium Times, Mr Arulogun, however, says he was not responsible for the demolition. Rather, that the action was taken by the Oyo state government and town planning authorities.

“The question is, can I influence the decision of the executive, that of government agencies and that of the state government as a whole?”

Mr Ayefele had yesterday pleaded with his fans to keep calm and not resort to violence despite the painful demolition of his building. Speaking via his Fresh FMradio yesterday evening, Ayefele told fans:

“Don’t cause trouble. Don’t even touch the caterpillar parked in front of the music house. I beg of you all. The government has done what they deemed fit.” 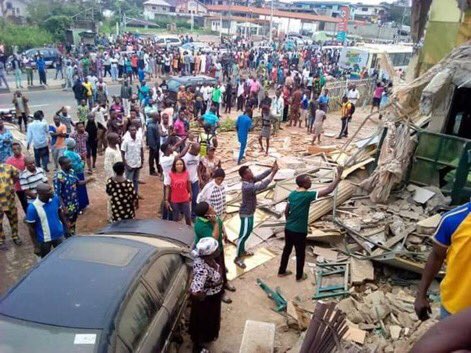 Fresh FM continues despite the demolition. So far we don’t do anything against the government laws and we’ve not breached the broadcast regulations. Let God judge.”

“If something pains one and you can’t fight, you leave everything to God. Our programmes will surely continue. Thanks to the digital age,” he said.

The musician also appreciated the Nigerian Broadcasting Corporation (NBC) for sending one of its representatives to witness the demolition. He also commended the workers of the demolished radio station for their resilience.

Violette - July 27, 2020 0
Fast rising cross-dresser, James Brown also known as 'They didn't caught me' have taken to social media to beg fans who are heaping insult...

Sophia Momodu And Daughter, Imade Steps Out In Matching Attire

Johnson Olumide - March 21, 2020 0
Davido's Baby Mama, Sophia Momodu shares new photo as she steps out in matching attire with her daughter Imade as they go for an...

‘I Don’t Give A F!ck’ – Singer Tekno Slams Critics As He Refuses To...

Violette - November 10, 2019 0
Nigeria music producer, Tekno has blasted his critics as he note that they place too much value on being famous. The singer and songwriter who...

Johnson Olumide - June 25, 2021 0
Ghanaian actress and social activist, Efia Odo and 10 others have been arrested by Ghana Police over the #FixTheCountry protest. Recall earlier today the actress...