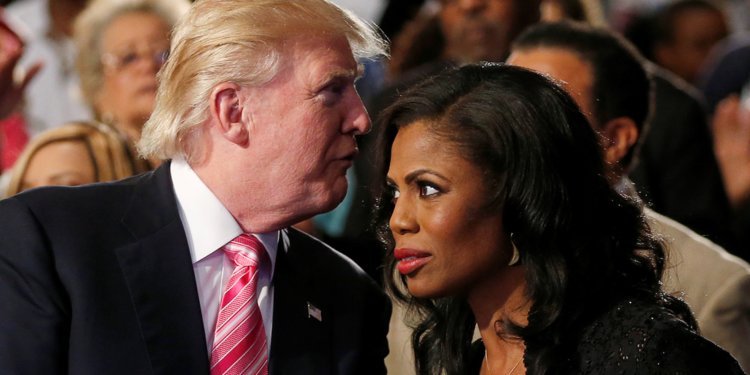 President Donald Trump on Tuesday slammed his former “Apprentice” and White House aide Omarosa Manigault Newman with a string of expletives , calling her a “dog” and a “crazed, crying lowlife” as her tell-all book hits stores.

Manigault Newman — who first gained fame as a contestant on Trump’s reality TV show — has dripped out recordings of private conversations she had while on staff in the White House as she promotes her memoir about her time with “The Donald.”

The book — in which she variously describes Trump as a racist, liar and “germophobe” with a “total lack of empathy” — has plunged the White House and the president again into crisis, and dominated news headlines for days.

Trump had already branded “Omarosa” — as she is commonly known in America — a “lowlife” after she released a recording of her firing by chief of staff John Kelly, seemingly recorded in the White House situation room.

And after she released a recording of a conversation she had with Trump after her firing, he repeated called her “wacky.”

But on Tuesday, he ratcheted up the war of words — to a level of nastiness rarely seen, even from a president who has shown he does not pull punches when insulting his critics.

“When you give a crazed, crying lowlife a break, and give her a job at the White House, I guess it just didn’t work out. Good work by General Kelly for quickly firing that dog!” Trump tweeted.

His comment immediately prompted criticism on both sides of the political aisle.

“This kind of language is unbecoming of a President of the United States. There is no excuse for it, and Republicans should not be okay with it,” said Republican Senator Jeff Flake, a frequent Trump critic.

“How dare he? He has taken this country to its knees,” said Democratic congresswoman Frederica Wilson. 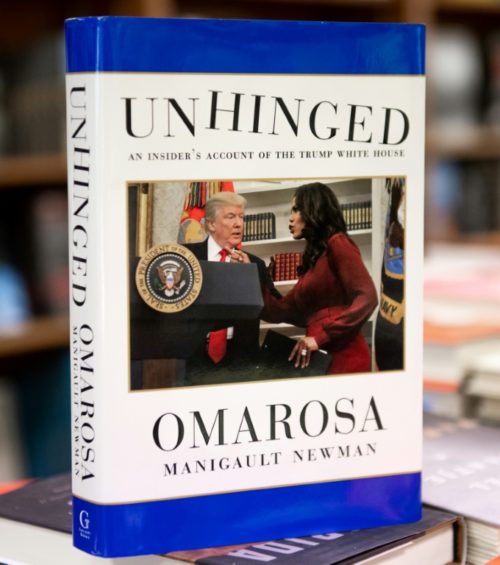 The recordings by the disgruntled 44-year-old Manigault Newman, once an ardent Trump ally, represents a stunning breach of presidential trust.

On Tuesday, she explained to CBS News why she made the recordings:

“I’m the kind of person who covers her own back. In Trump World, everyone lies.”

“Everyone says one thing one day and they change their story the next day. I wanted to have this type of documentation… in the event I found myself in this position where, as you said, they’re questioning my credibility.”

Largely self-serving, it describes the daily firefighting of life on the Trump campaign and then in the White House.

“Donald Trump’s single greatest character flaw as a leader and human being is his complete and total lack of empathy,” she writes, describing the president as a “friend” but attacking him relentlessly.

“Nothing has more meaning to Donald than himself,” she says, alleging that he and his wife Melania sleep in separate rooms and that Trump has brought a tanning bed with him to the White House.

US media reported later Tuesday that the Trump campaign intends to prosecute the former aide for breaking a non-disclosure agreement.

Manigault Newman has suggested that Trump has been recorded using racial slurs — and CBS News aired a recording of what appears to be her and other campaign aides hatching a plan to tamp down the damage if such a tape of Trump existed.

Violette - May 2, 2020 0
He constantly divided opinions with his character anywhere and everywhere, such is the volatility level around Bobrisky these days but he isn't fazed by what...

BBNAIJA: Alex Shows Off Dance Moves With So Much Energy In New Photo

Violette - November 30, 2019 0
Beautiful, tall and Dark chocolate of the 2018 edition of big brother nigeria, Alex is one of the best dancers of bbnaija till date...

Johnson Olumide - February 17, 2020 0
The 25-years-old Model covered the November Issue of Playboy Magazine for Brazil. In an Interview with 'EGO', she Revealed that she follows an unusual diet Program that Involves...

Violette - February 2, 2020 0
Female sensational singer and songwriter, Tiwa Savage has finally hit a new milestone on Instagram as she accumulates 10 million followers. Tiwa Savage who have...