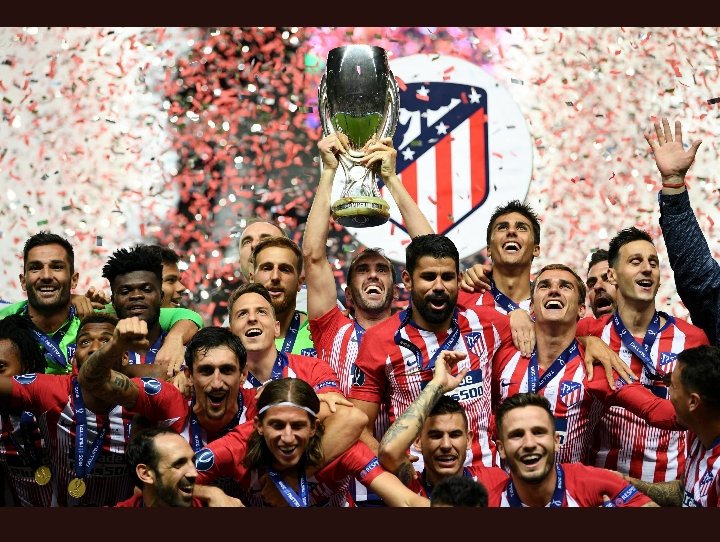 Atletico Madrid beat Real Madrid in the European Super Cup in Tallinn on Wednesday night after taking the lead, losing it and eventually wrestling it back off their opponents in extra-time. With Simeone in the stand serving a ban from last season’s Europa League semi-final sending off, Atletico kept their cool and stayed on course, ultimately winning the game in the first half of extra-time with decisive strikes from Saul and Koke.

It was the start of a new era for both clubs in Estonia on Wednesday night. There have been changes galore at Real Madrid and Atlético Madrid this summer and question marks remain over their identities this coming season. One man who hasn’t changed and doesn’t seem to be planning on doing so is Diego Costa. He bulldozed his way into the penalty area, headed the ball delicately past Raphael Varane and then slammed a shot home from an almost impossible angle after 51 seconds. 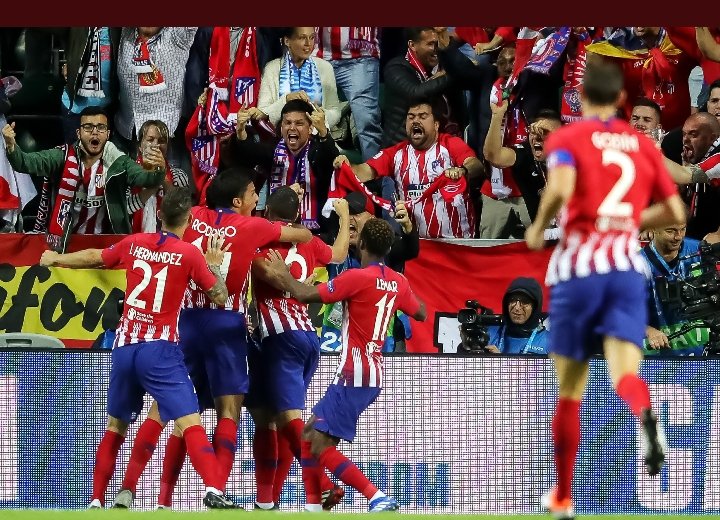 Real Madrid under Julen Lopetegui could not have gotten off to a worse start. Slowly though, they wrestled control of the game back off their city rivals. Marcelo down the left, fresh off World Cup duty and Bale looking to replace Ronaldo in Real Madrid’s hierarchy were both causing problems on either side. They were opening spaces inside with Asensio and Benzema picking up the pieces inside.

After 27 minutes, Karim Benzema had Real Madrid level. A ball in from Bale on the right, with his right-foot, landed perfeclty on Benzema’s head and he slid it past Oblak in Atletico’s goal.

In the second half, Sergio Ramos slotted home a penalty after Juanfran handled the ball from a deep corner aimed at Karim Benzema. Atletico looked like they had gone ahead too early and would have no response.

Some quick thinking from Simeone, however, and a rearrangement in his midfield saw Angel Correa come on to cause problems in Real Madrid’s penalty area. He poked a pass to Diego Costa in the six-yard box on 79 minutes and the striker doubled his account and Atlético’s with the score level and the end approaching.

With two sides suffering from fatigue and with both managers wanting to win while protecting their exhausted troops for the weekend with LaLiga approaching, the game went to extra-time.

The first came from Saul after Thomas squared to the waiting midfielder. It was the perfect volley and sent Atletico on their way. Just moments after, Vitolo clipped one towards Koke and he side-footed beyond Keylor Navas to leave Real Madrid with a mountain to climb and with a miracle needed.

They couldn’t manage that miracle and Julen Lopetegui’s job just got a lot harder having lost a final to a city rival in his first game. It was the first time Atletico scored four against Real Madrid in a final too, which won’t help. 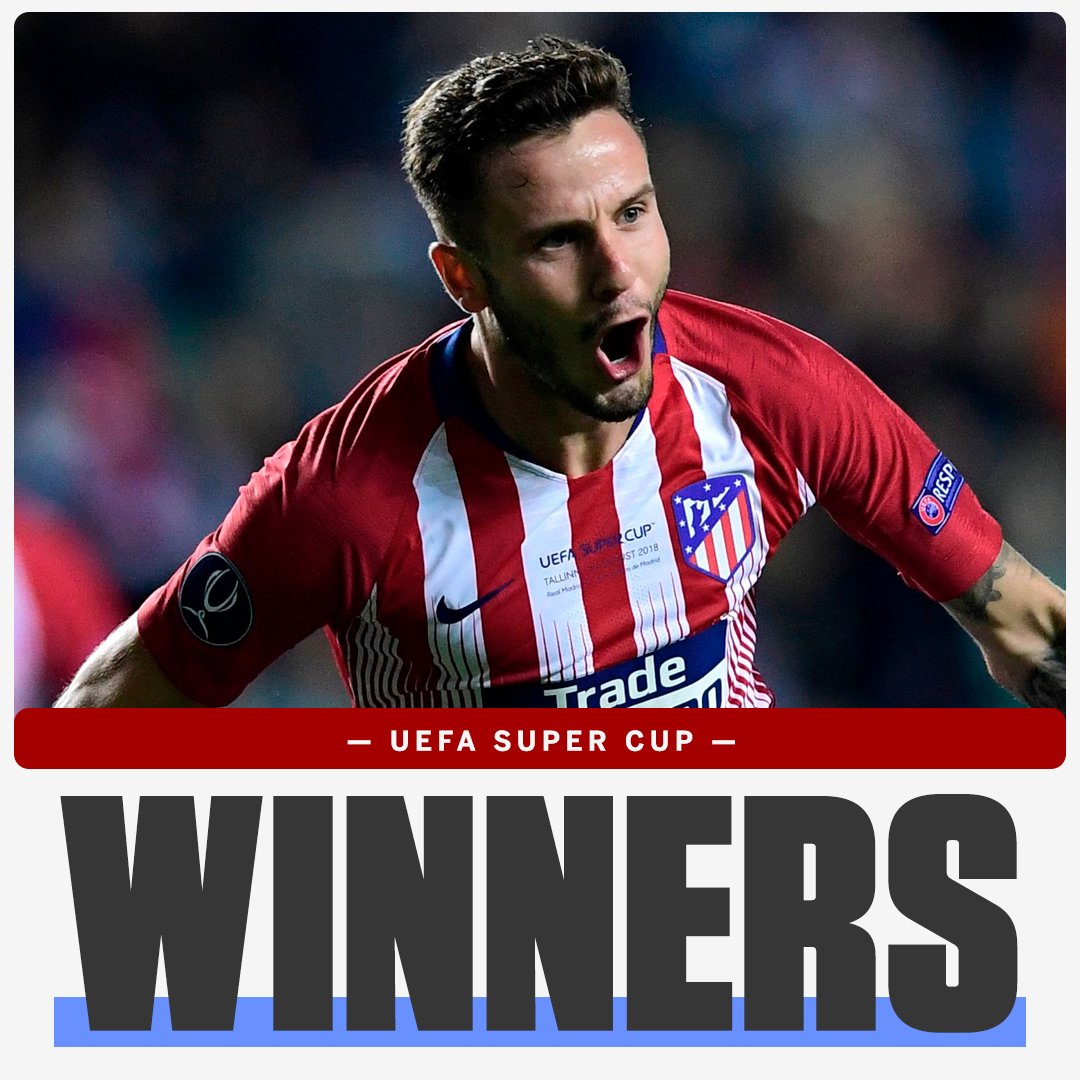 Diego Simeone, however, having lost so many finals to los Blancos, will be excited by the effort and the stubbornness his side showed to stay in the game and fight back to win. He’ll know that Atletico aren’t far off and if they can fight like they did in Tallinn on Wednesday night for the next 10 months, there will be more trophies to be collected when it’s all said and done.

Atlético Madrid are the first team to beat Real Madrid in a one-legged final since the 2013 Copa del Rey final.

Atlético Madrid beat them then as well.